Yesterday, AT&T announced plans to buy T-Mobile USA for $39 billion from parent company Deutsche Telekom, making the new behemoth the hands-down largest wireless company in the United States. Though AT&T touts this merger as good for everyone, some technology writers, such as GigaOM's Om Malik write that "it’s hard to find winners, apart from AT&T and T-Mobile shareholders." What's the Context: 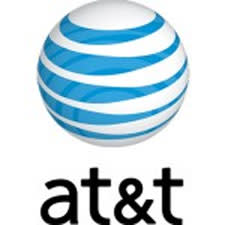 Not So Fast: The company merger is still awaiting regulator approval. Some argue that the bigger AT&T will hurt smaller companies like Sprint and even larger ones like Google. "Sprint and T-Mobile often stood against AT&T and Verizon on a variety of regulatory issues, so if AT&T succeeds, Sprint will stand alone on special access and other issues," writes Malik. With more power, it'll be easier for AT&T to "impose its own will" on what services and apps are placed on Android smartphones. If the FCC or Justice Department agree that the acquisition will give AT&T too much power or lead to higher prices, they may veto the deal. Image: AT&T