Deep learning is powering new ways to simulate the world, which should have dramatic impacts on everything from weather forecasts to drug design. 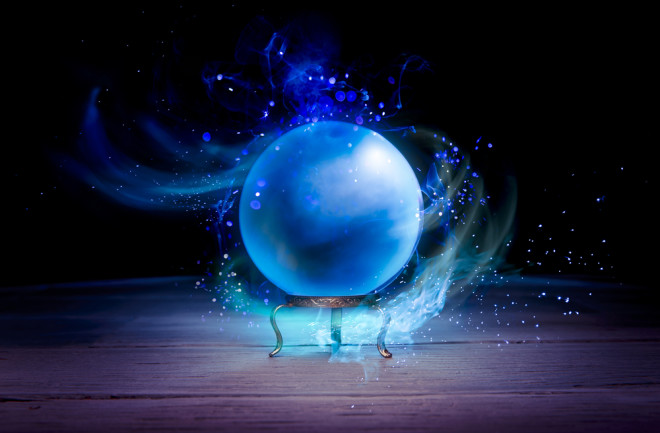 Last year, a group of mathematicians and computer scientists found a way to solve the three-body problem some 100 million times faster than anyone before. The trick, they said, was to let artificial intelligence loose on the challenge. It simply learnt what to do by watching a conventional computer solve the problem many times over.

Other groups have also begun to use AI-inspired techniques to simulate the universe with impressive results. And that raises an interesting question: just how good can AI-driven simulations become?

Now Ian Foster at the University of Chicago and a couple of colleagues have mapped out the future of AI-driven simulation in a white paper for the Computing Research Association based in Washington DC. They argue that AI-driven simulations are set to have a dramatic impact on the way we predict the future, almost like having a new kind of crystal ball.

“The new opportunity presented through AI driven simulators is to learn from data, to accelerate simulation through prediction, and to augment physics-based simulation with predictive models of social and economic phenomena,” they say.

The researchers identify three areas where AI-driven simulations could have significant impact. The first is in predicting the behavior of complex nonlinear systems like three body systems.

This is entirely unlike the behavior of a two-body problem, like a single planet orbiting a star. This is simple to model because at each moment, the motion of the first body depends on its current state and the gravitational pull from only the second body.

However, in many circumstances, AI systems can learn how the motion evolves rather than calculating it numerically by brute force.

Examples of complex systems that could benefit are climate forecasting, predicting the pattern of aftershocks following an earthquake, traffic flow management and so on.

A second area set to benefit is systems determined by human behavior, like economies, stock markets and crowds. These are systems in which many individual agents act independently or together, depending on the environment they find themselves in.

“Bottom up” models like these are computationally difficult because of their sheer scale — an economy, for example, can consist of millions of individuals who can act logically but also in in ways that are irrational and difficult to predict. “A challenge is that these rules that guide behavior are ad hoc and, at the same time, make the results of the simulation hard to interpret,” say Foster and co.

The final area that the researchers highlight is in optimizing decision-making. Foster and co point to the success that Google’s Deepmind researchers have had in beating humans at games such as Chess, Go and Star Craft. In each case, the AI system has learnt to make better decisions than humans by playing the games repeatedly with itself.

The key to success is in capturing the game in a model the AI system can interact with. That’s straightforward for board games or video games but it is hard in real world situations.

“Are models accurate enough that RL can be used to make decisions about which costly, real-world experiments to run next, for example which drugs to synthesize and test, which new materials to synthesize and study?” ask the researchers.

Indeed, Deepmind recently announced that it had used AI to solve the real-world problem of predicting the shape a chain of amino acids will form into — the so-called protein folding problem. It’s not hard to see how similar approach might help in designing of new drug molecules.

Google has also used Deepmind’s AI approach to optimize the way it cools its data centers, thereby cutting its cooling bills by 40 per cent. More complex optimization problems include finding the best way to manufacture new materials and products or optimizing tax policies to achieve certain economic goals. AI may well have a hand in these processes in the not-too-distant future.

Perhaps the biggest advances will be made by combining AI-driven techniques with conventional numerical simulations. AI is not always good at simulating situations it hasn’t seen before. So one way forward will be to divide simulations into regions where AI can work best and leave the brute force number crunching to the specific times it is most needed.

For example, the three-body problem is straightforward for AI when the bodies are far apart but can become tricky when they approach one another closely. So an advanced simulator might reserve the most powerful number crunching for just these parts of the model.

Whatever way it is implemented, AI is set to have a big impact in simulations. As Foster and co put it: “AI simulations driven by large-scale, properly curated datasets have significant potential to unlock and accelerate innovation in key areas in science and technology, and across society as a whole.”

And they urge major investment and research in these areas. When it comes to this new, more powerful type of crystal ball, the three-body problem is just the beginning.