Are Eyes From Flies the Future of Solar Technology? 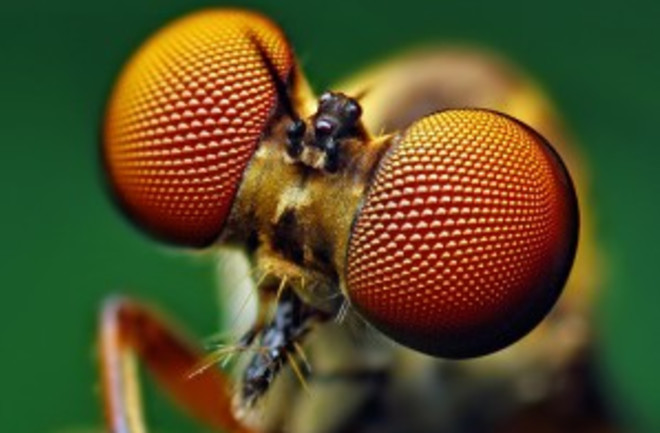 Scientists are eyeing the future of solar technology--specifically, fly eyes. Turns out those bubbly-looking spectators might be just the ticket to more-efficient solar cells, researchers from Penn State University say. Blowflies have peepers that would help solar panels collect light more efficiently, and creating these fly-eye molds was a feat in itself, according to Discovery News. After plucking the corneas from blowflies,

"The researchers took corneas, fixed them on a glass substrate, added a polymer to protect the shape and then coated nine-eye arrays in nickel within a vacuum chamber. The result was a master template that retained those useful nanoscale features. Ultimately that template can be used to replicate the pattern exactly."