Forget about corn—future biofuels will be made of wood chips and trash. 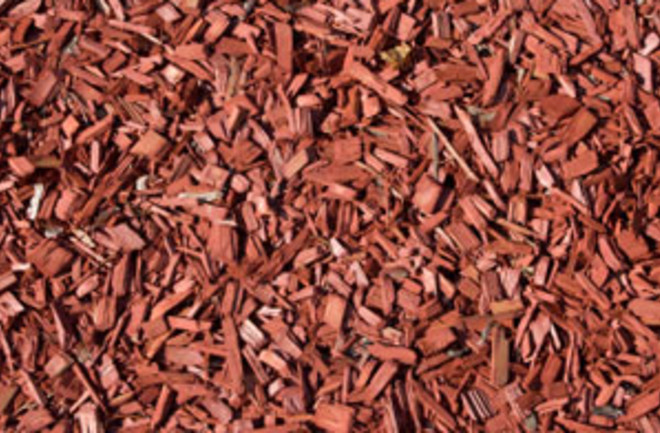 Biofuels could be a crucial weapon against both rising temperatures and dwindling global oil supplies. They are made from organic material such as plants, so they essentially recycle existing carbon in the atmosphere instead of releasing new carbon from the depths of the earth; they are also, in principle, endlessly renewable. But the best-known biofuel, ethanol, is looking decidedly unpromising right now. Today most ethanol in the United States is made from corn, using an energy-intensive process that may not actually save a lot of fossil fuel, and in any case America cannot produce enough ethanol from corn to really matter.

Scientists have long tried to devise an efficient way to make ethanol from a wider range of raw materials, especially waste products rather than food. The U.S. government has calculated that the country could generate 1.4 billion tons of biomass a year. This could make 100 billion gallons of fuel or more, enough to meet much of America’s demand for motor gasoline. One approach to tapping into all that biomass focuses on cellulose, the material that gives plant cells their strong walls. The cellulose is converted into sugar and then from sugar into ethanol. But despite decades of research, the technology is still far from commercially viable.

Now several companies, including Coskata and Range Fuels, say they have cracked the problem. They are pursuing a different strategy, one that turns any carbon-rich matter into a gas, which is then converted to liquid fuel. This approach can use any organic material, so the potential sources for this fuel are virtually unlimited. Soon, the companies claim, they will be able to refine vast quantities of noncorn ethanol. Coskata even predicts they will do so for as little as $1 a gallon.

“In the Southeast there is enough biomass from wood products alone to make 10 to 15 billion gallons of fuel a year,” says Mitch Mandich, CEO of Range Fuels, based in Broomfield, Colorado, the firm building what may be the first U.S. plant to make next-generation ethanol commercially. The refinery, in Soperton, Georgia, will open late next year, and Range Fuels is already scouting locations for more plants. Meanwhile, other firms here and abroad have announced plans to make ethanol from pine trees, from the contents of a city dump, even from the carbon monoxide generated by steel mills.

Making liquid fuels from gasified carbon-rich matter isn’t actually a new idea, but it has never before been practical for biomass. The first step, gasification, usually requires either pure oxygen, which is expensive, or regular air, which introduces nitrogen that is costly to remove. Range Fuels has designed a system that delivers oxygen cheaply through steam and converts all the raw material into a gas in just 20 minutes.“Under those conditions you get a very high conversion of all the carbon in the biomass into various gaseous products,” says Arie Geertsema, Range Fuel’s chief technical officer. The process also reduces by-products such as carbon dioxide and slag, the company says.

The gas that comes out, called syngas, is a mixture of mostly carbon monoxide and hydrogen. Traditionally, syngas is converted to liquid fuel by means of a catalyst; Range Fuels is tweaking the catalyst to improve this procedure as well.

Some competitors are going further. To boost efficiency, they are ditching the catalyst entirely and enlisting bacteria to ferment syngas into ethanol. “The amount of ethanol produced by chemical catalysis is around 70 or 80 gallons perton,” says Wes Bolsen, chief marketing officer for Coskata, located in Warrenville, Illinois. (Coskata generated headlines recently by attracting an investment from General Motors.) The company can produce more than 100 gallons of fuel per ton based on lab experiments because bacteria make more ethanol: “We aren’t producing butanol, propanol, hexanol, octanol, and all the other alcohols,” Bolsen says.

Bolsen also points to estimates by the National Renewable Energy Laboratory (NREL) that the high pressure and high temperature required for syngas cleaning and catalytic conversion add about 30 to 40 cents to the cost of a gallon of fuel. In contrast, Coskata says its process works at relatively low pressure and temperature: about twice atmospheric pressure and 97 degrees Fahrenheit.

But building a system to turn any carbon into ethanol is one thing; finding a steady diet for such anomnivore is another. Take trash, for instance. Many environmentalists are eager to harvest fuel from bald tires and junk plastic. Yet RangeFuels’ fancy new ethanol plant, which will eventually pump out 100 million gallons of fuel a year, will feed mostly on wood chips. “What’s nice about wood chips is that they’re pretty uniform. You’re not sorting out hearing aid batteries from it,” says Samir Kaul, a principal at Khos­la Ventures, a venture capital firm started by Sun Microsystems founder Vinod Khosla. Khosla Ventures is financing at least three ethanol producers, including both Range Fuels and Coskata, and so is sensitive to practical issues. “Garbage is risky,” Kaul says, “and when you scale a technology for the first time, you don’t want to add risk where you don’t have to.”

Surprisingly, the other problem with trash is that there may not be enough of it. Coskata estimates that municipal solid waste is less than 10 percent of all the available biomass—too little, perhaps, to make developing a sorting process worthwhile, at least at the outset.

Other sources of waste are more promising. The government biomass study that came up with 1.4 billion tons of annually available biomass identified farming and timber residues (cornstalks and the unusable parts of logged trees) as the source for nearly half of the nation’s bioenergy. The trick will be cheaply delivering these leftovers to the ethanol plant.

Range Fuels initially hoped to feed its refinery with leaves and small limbs that the timber industry cannot process. The Georgia Forestry Commission reports that each year loggers leave behind some 8 million tons of waste wood, including too-small living trees, within a 75-mile radius of the new refinery—enough for four of Range Fuels’ plants. But getting that material to the refinery has proved difficult. “The timber industries are really not set up to do that,” says Range Fuels’ Mandich.

Nobody has yet figured out how to compact forest leftovers for transport. “Have you ever tried to move your leaves in the fall?” asks Richard Hess, a scientist studying the problem at Idaho National Laboratory.“You fill up this garbage sack and it doesn’t weigh anything. That’s the problem. It takes a lot of energy to move air.” Still, Hess expects optimized handling systems will be ready by 2012, meeting the government’s goal and in time for a wave of new refineries. “We’re rich in opportunities to make fairly epic gains,” he says. Until then Range Fuels will source its wood chips from whole trees—not a waste product at all, but a commodity used to make paper pulp.

It might not be long before the ethanol companies are paying to get more biomass waste headed into their plants. According to Richard Bain, a researcher at NREL, the estimated cost of producing a gallon of ethanol stands at $2.10 today. By 2012 this should fall to $1.33—at least for those companies using steam to turn biomass into syngas (several firms, he says, have developed this technology). At the same time, the steep price of gasoline—and corn—means that next-generation ethanol can be profitable even if its price doesn’t reach what Khosla Ventures’ Kaul calls the “holy grail” of $1 a gallon. Freed from the bad rap of corn ethanol, bio­fuel-powered cars could then drive us toward a better future.