The recent earthquake in Nepal demonstrated yet again how difficult it is to reliably predict natural disasters. While we have a good knowledge of the various earthquakes zones on the planet, we have no way of knowing exactly when a big quake like the 7.8-magnitude event in Nepal will happen. But we know that many animals seem able to sense the onset of such events. We could use powerful computers to monitor herds of animals and make use of their natural instincts to provide forewarning of natural disasters. Immediately before an earthquake, herds of animals often start to behave strangely – for example suddenly leaving their homes to seek shelter. This could be because they detect small, fast-traveling waves or because they sense chemical changes in ground water from an impending earthquake. Although there are possibilities here, we certainly need more studies – because it’s difficult to find statistically significant links between unusual animal behavior and impending disasters. This is because natural disasters occur relatively rarely and it’s hard to reliably interpret animal behavior after the fact. In fact, this uncertainty was quoted by the Chinese government after reports that zoo animals behaved strangely before the Wenchuan earthquake a few years ago. 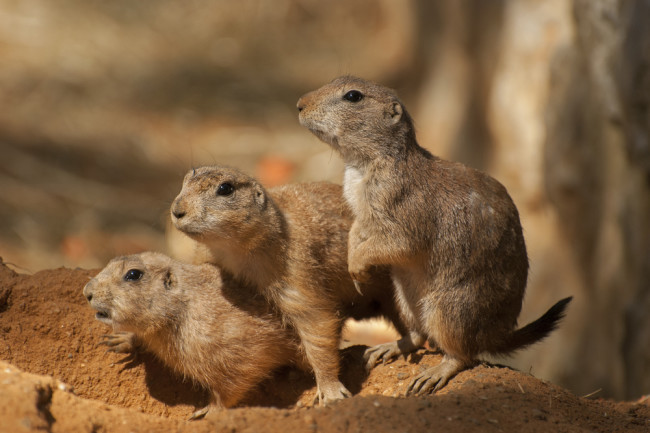 There are areas where we know beyond doubt that animals have accurate detection ability, for example the way dogs can spot signs of cancer that we otherwise have difficulty recognizing. We also know that by giving them animal-centered interfaces we can provide them the means to express what they detect, for example by hitting the right buttons according to their judgement. This is an example of providing animals with accessible technology that supports their natural behavior, while also translating their behavior into something we can understand. Of course, a key difference between a dog who is detecting cancer and a swarm of birds that is responding to the early signs of an imminent quake is in the numbers involved. We would expect an upcoming earthquake to affect many individuals at the same time, which would amplify the effect. Collecting data in large quantities – while at the same time being able to recognize and filter background noise – requires efficient and elastic cloud computation. However, we already have technology that can do this, something we’ve previously suggested could be used to track the course of large numbers of aircraft. 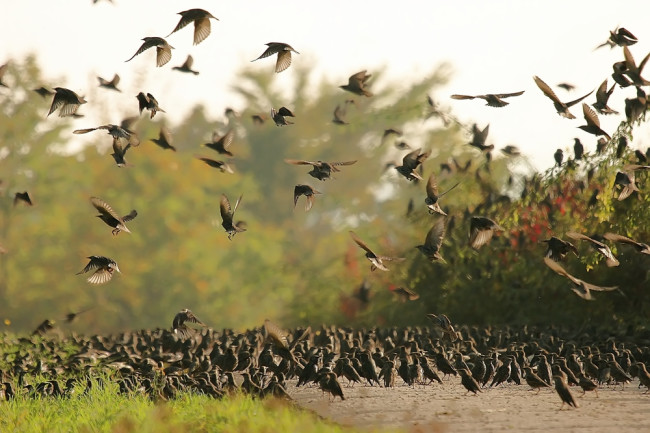 So the bigger question is how to record data from large groups of animals, capitalizing on advances in the Internet of Things, without affecting the welfare of the animals and without interfering with their natural behavior. Research has shown that putting sensors such as biotelemetric devices on animals can have seriously detrimental effects on their welfare, change their behavior and, by doing so, invalidate whatever data is collected. Of course, trying to fit sensors to large numbers of animals for generation after generation would be highly impractical. A better option would be to monitor changes in the animals' behavior around their habitats via ambient sensors such as motion detectors. The data could be used to automatically detect any deviation from normal behavioral patterns.

The “wisdom of crowds” has been put to use through the practice of crowdsourcing, where the internet is used to bring together a large, diverse range of users in order to undertake a certain task. For example, analyzing Wikipedia documents, conducting citizen science projects, or generating cash through crowd-sourcing. This is exactly that kind of concept we need to extend to animals in order to watch for collective changes in their behavior. The technology of cloud computing, which can elastically scale to the amount of computation needed for such a project, is already commercially available. The groundwork for the kind of system we need has been carried out as part of an ongoing security research program. This project designs cloud-based software systems to recognize and adapt to changes that may have safety and security consequences. Applied to the task of monitoring collective animal behavior, the system could use sensors to detect big groups of animals in specific areas, monitor the speed and shape of their movement, or detect variations in their calls or cries. Of course, a major consideration would have to be to ensure the data is secure, so that for example it couldn’t be used to cause the animals harm (for example, through poaching). We could apply approaches typically used for human-computer interfaces to animals; designing the means to do so for animals might shed light on how to predict earthquakes – not only that but it could show that there are plenty of other things we can find out from animals too, if only we can learn how to do it.