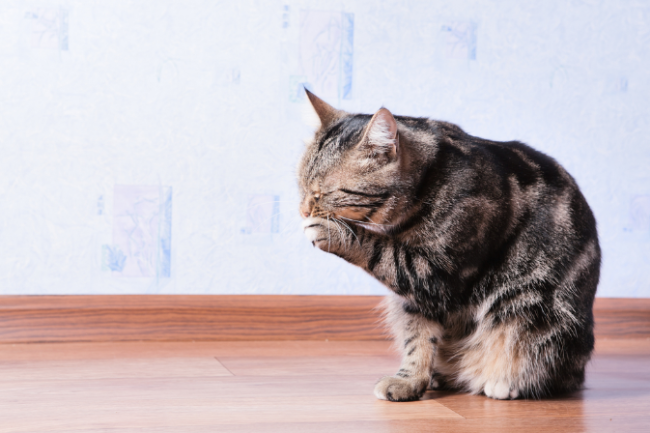 Watch a fly land on the kitchen table, and the first thing it does is clean itself, very, very carefully. Although we can’t see it, the animal’s surface is covered with dust, pollen and even insidious mites that could burrow into its body if not removed.

Staying clean can be a matter of life and death. All animals, including us human beings, take cleaning just as seriously. Each year, we spend an entire day bathing, and another two weeks cleaning our houses. Cleaning may be as fundamental to life as eating, breathing and mating.

In our new review article in the Journal of Experimental Biology, we discuss how cleaning happens in nature and whether animals indeed have principles for getting clean. We looked at microscope images to count the number and sizes of hairs across hundreds of animals. We read nearly a hundred articles on cleaning in nature, trying to put numbers onto the cleaning process.

Extrapolating principles is an important step for science, and even more necessary for engineering. Learning better ways to clean will not just allow us to understand the humble fly, but also to build new kinds of devices that stay clean longer.

To understand how animals get clean, one must first understand how they get dirty. Dirt accumulates on an animal’s exterior just as a consequence of living life. The surface area of an animal is not as easy to figure out as measuring the dimensions of a cardboard box. Most animals – from mosquitoes to elephants – are hairy. Beyond the exterior of a creature’s skin, hairs provide further surface area where dirt can accumulate.

We people have about 100,000 hairs on our head. The number of hairs on other animals is comparatively staggering. A butterfly has 100 billion hairs, more than 10 times that of a beaver. The bee has 3 million hairs, the same number as a squirrel.

Moreover, on animals there are as many types of hairs as we have types of hairdos. Animals have trichia, spines, macrotrichia, setae, scales, hairs of all shapes and sizes. One thing is clear: hair increases the surface area of the body, and so makes the problem of cleaning much worse. Which would you rather clean, a linoleum floor or a shag carpet?

To clean its body, nearly all insects have hairy legs, each leg resembling a feather duster. Observing how the legs interact with the body hairs reveals one of the surprising features of hair. We used a high-speed video camera to watch a fruit fly groom its head with its arms. Particles attached to the body hairs are catapulted at nearly 1,000 times the acceleration of gravity, far faster than the fly can move its limbs. Hairs which initially acted as landing pads for dust, now act as trebuchets, triggered by the hairy arms moving over them.

Effective cleaning is not simply just designing a good cleaning implement, like the squeegee. It’s also designing a surface that is ready to facilitate grooming. And quite often these surfaces in nature defy imagination.

We identified two main principles of cleaning. The first is a non-renewable cleaning strategy – it uses the animal’s own energy sources. Examples include grooming, which is similar to vacuuming a carpet and requires energy to move the brush.

Other examples are wet-dog shaking: no cleaning implement is used, but instead the body’s own inertia. A wet dog spins its body at high speed like a washing machine in its spin cycle. Particles and drops are removed, expending the dog’s energy in the process.

Alternatively, there are renewable cleaning strategies – those that don’t require energy from the animal, but come for free.

One example is the eyelash, the rim of hairs encircling the eye. When we walk forward, the airflow generated by eyelashes reduces the accumulation of particles by a factor of two, compared to a bare eye. Thus, simply by growing lashes, we can blink half as often, saving that energy for other uses.

Another example is the nanoscale pincushions on the wings of cicada. Bacteria act like water balloons, exploding when they are in contact. Lastly, raindrops can roll down a hairy animal’s fur, pulling particles along with it, and leaving it as clean as a lotus leaf.

How animals get clean is an interplay between the surface of animal, its behaviors, and the energy of its environment. An animal gets clean for free if it has the right kind of surface. If we have this mindset, perhaps we can design new devices that get clean for free too.

Consider solar panels. Like the eye, they must let light in. But solar panels lose 7% of their power annually due to dust accumulation. The most high-tech solution is the squeegee. When you think about it, the computer age has put us light years ahead of our ancestors in terms of communication, but our cleaning methods remain stuck in the past.

Imagine solar panels designed like insect eyes. Thin filaments could be placed periodically to suspend dust above the panel, but still allow light to penetrate. Cleaning the panel would amount simply to swiping it with another brush. Just like the insects, the panel could get clean without the use of water or chemicals. Similarly, video cameras, the eyes of robots could be rimmed with eyelashes to reduce deposition. Building synthetic hairy systems is the subject of our National Science Foundation grant, Engineering Insect Eyes.

We typically envision future robots covered in smooth shiny surfaces, like a chrome-buffed automobile. But in nature, smooth surfaces are hardly the norm. Future tabletops may have nano-size posts that stretch and kill bacteria on contact. Robotic rovers may be covered with hairs that sense their environments, suspend particles and enable easy cleaning. Indeed, the future may be looking rather hairy.