Android... in... Space! A Smartphone Prepares for Blast-Off 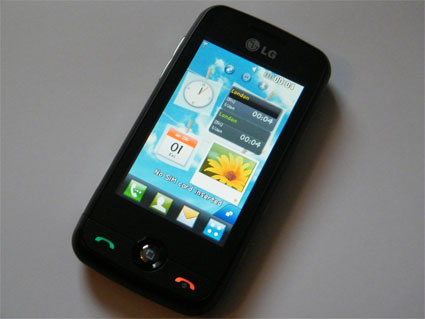 Cell phones will soon make a giant leap for mankind--right into outer space. In the coming year, British engineers from Surrey Satellite Technology Limited (SSTL) plan to send a cell phone into orbit to test whether cell phones are tough enough to withstand outer space, and whether they're powerful enough to control satellites. As the BBC reports:

"Modern smartphones are pretty amazing," said SSTL project manager Shaun Kenyon.... "They come now with processors that can go up to 1GHz, and they have loads of flash memory.... We're not taking it apart; we're not gutting it; we're not taking out the printed circuit boards and re-soldering them into our satellite - we're flying it as is," Mr Kenyon explained.

The jury's still out as to what cell phone model will be the world's first orbital smartphone--but the scientists have already decided to pick one that uses Google's Android operating system. That software is open source, allowing the engineers to tweak the phone's functions. Not every phone, after all, comes off the shelf with the ability to navigate a nearly 12-inch-long, GPS-equipped, pulsed-plasma thruster satellite. Cell phones have gotten pretty high in the sky before--most notably, a father and son team sent an iPhone and a video camera about 19 miles up into the stratosphere via a weather balloon. But mission: space Android would send the phone more than 100 miles above the planet. Not only will the cell phone face the challenge of eventually taking control of the satellite, but it will also have to withstand the extreme temperatures of outer space, not to mention the buffets of radiation. And if this brave little phone survives blastoff and functions so many miles from Earth, the implications for spacecraft design are enormous. The BBC quotes Surrey Space Centre researcher Chris Bridges:

"If a smartphone can be proved to work in space, it opens up lots of new technologies to a multitude of people and companies for space who usually can't afford it. It's a real game-changer for the industry."