An iPhone App, a Refractometer, an Objectively Perfect Cup of Coffee 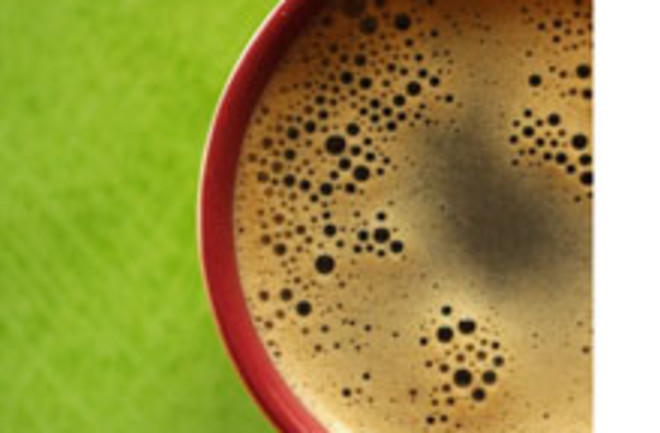 A new iPhone app, linked with a refractometer and decades of coffee science, can help you brew the perfect cup, for only $350. Don't believe that such a thing is possible? Gizmodo sums up the natural inclination against believing that science can tell us what tastes best:

People accept scientific measurements as the truth about a lot of things. Mass. The temperature at which water freezes. The size of the earth. But it's hard to swallow the idea of scientifically measuring how something tastes. Taste is subjective. Right? Not anymore—thanks to MoJo, a gadget that quantifies a cup of coffee's flavor.

And while some people might spend outrageous amounts of money on that perfect bean, Vincent Fedele tells Gizmodo's

Matt Buchanan that "most of us blow it in the last 5 minutes"—i.e., improper brewing. To tell the difference between good coffee and the bad, most coffee specialists refer to Scott Rao's book Everything But Espresso

. The best cup of coffee, as determined by chemist Ernest E. Lockhart and the National Coffee Association, has two important numbers. The first is the brew's strength, or total dissolved solids (TDS) of 1.2 - 1.55 percent. The second important, defining number is the brew's extraction rate, the perfect brew extracts only about 18-22 percent of the flavor from the bean. Getting both of these numbers in the correct range can be difficult:

The refractometer determines the speed of light moving through your coffee, and therefore its concentration. The computer- or iPhone-based software can tell you the TDS and the extraction rate of your cup based on that concentration number and the amount of water and coffee grinds that went into the cup. Plotting these numbers on the Universal Brewing Control Chart

tells you how good or bad your cup will be. But the application, combined with an obsessive personality, could lead to disaster, judging by what's happened to Buchanan

I tear through a $16.50 one-pound bag of coffee in about three days, making coffee over and over again, seeking the mythical number 19. I use a version of the French Press technique from Everything But Espresso. Start the kettle. Weigh the beans. Grind the beans. Wait for the water to reach 206 degrees. Pour 400g of the heated water onto the grounds. Start the timer. Pat the coffee bloom. Dunk the coffee bloom. Wait 4-5 minutes. Plunge. Pour. Check result in MoJoToGo. Curse.

Cosmic Variance: The Science of Coffee

Discoblog: What Happens When a BP Exec Spills His Coffee–and More Cathartic Comedy