: Despite Apple's recent lawsuit against Amazon's use of the term "Appstore," Amazon successfully began selling applications for the Google Android smart phone yesterday. The launch unveiled two previously unmentioned perks: a free-app-of-the-day promotion and a feature called Test Drive that allows users to try apps on Amazon's website before buying them. What's the Context: 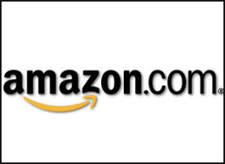 Not So Fast: As some tech gurus note, Amazon's app-purchasing process is confusing for some people, and involves bypassing the Android Market and allowing "third-party apps to be installed from outside sources." Confusion aside, this process could make you vulnerable to viruses as well. The Future Holds: Amazon says it will soon integrate its apps into its recommendation engine, allowing you to see apps that may be relevant to you just like you can see suggested books. There's still no official news as to whether Amazon's Kindle will eventually be able to run the Android operation system. Image: Amazon