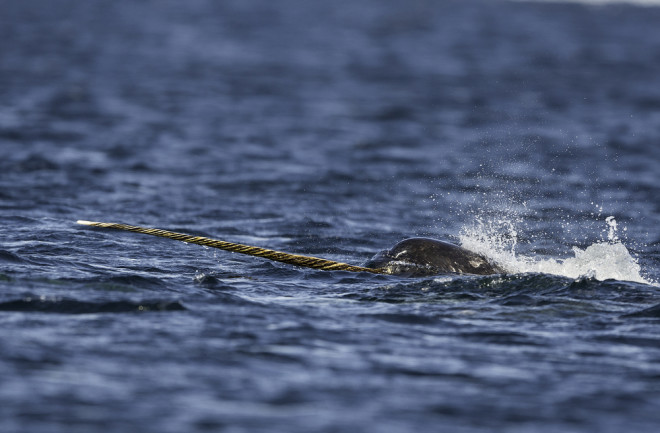 Narwhals use their tusk for more than just sexual selection. (Credit: Shuttershock) Scientists believe that the primary function of the narwhal’s tusk is sexual selection (they are certainly impressive), but this new aerial footage proves the tusks serve as multipurpose tools for the unicorns of the sea. The video confirms traditional Inuit knowledge and scientific theories, but it also raises some new questions for researchers. In collaboration with the community of Pond Inlet, this first-of-its kind footage was captured by Canadian scientists from Fisheries and Oceans Canada (DFO), the University of Windsor, World Wildlife Fund (WWF) Canada, the Vancouver Aquarium and Arctic Bear Productions. https://www.youtube.com/watch?v=OoTjLIN67Bw David Miller, president and CEO of WWF Canada, explained in a press release that while the video is fascinating and exciting to watch, it has important implications for the preservation of narwhals and other Arctic species. "As the Arctic warms and development pressure increases, it will be important to understand how narwhal are using their habitat during their annual migration,” he said. “With this information in hand, we can work to minimize the effects of human activities on narwhal.” This is yet another of many stories documenting how drones can benefit in wildlife research and conservation. But animals and drones might not always mix.