The secret: an ion trap. 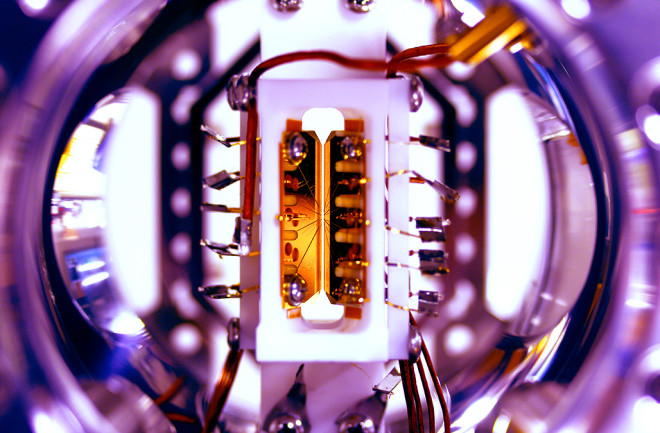 A small but mighty quantum computer was debuted in August by physicists at the University of Maryland. Unlike other quantum devices, this one is fully programmable, a significant step toward general use of quantum machines. Ions trapped by electric fields and controlled via laser enable the device to run any algorithm, or sequential operation of steps, using 5 qubits. “This system was built so that it could be scaled up,” says physicist Chris Monroe, whose team is adding qubits to the device. The scale-up has no clear limit, he adds.