A Quantum Machine for All 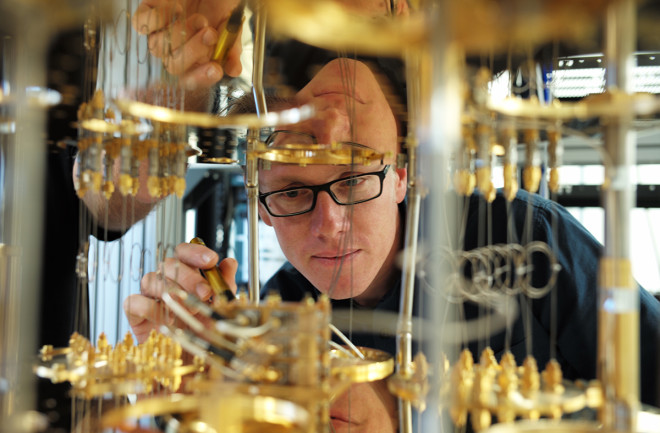 Quantum devices remain the ultimate in computing prowess, but after 35 years of development, only elite research labs have even rudimentary examples of them.

In May, however, IBM made news with a research-oriented quantum machine, called the IBM Quantum Experience, accessible to anyone with an internet connection. Scientists, students and enthusiasts can use it to advance business technology, industrial materials or medical research. The machine could be an essential step toward widespread deployment and use of quantum computers.

The potential of quantum devices is the stuff of legend. Scientists yearn to simulate chemical processes and design highly effective pharmaceuticals, while engineers see great potential for quantum algorithms to bolster machine learning and process big data. The machines could easily perform a massive number of calculations that would take a classical computer more time than the universe has been in existence.

Eventually, that is. Right now, improving output consistency is an ongoing area of research and development. And with 5 qubits — each a unit of quantum information, similar to a digital bit in classical computers — IBM’s machine isn’t in the top tier of quantum machines. The company works internally on machines with as many as 10 qubits.

Meanwhile, quantum devices are notoriously tetchy. Qubits must be kept in a quantum superposition — representing both a 1 and 0 at the same time — during a calculation, isolated from all electromagnetic and thermal interference. This requires special shielding and operating temperatures approaching absolute zero, with remote access provided by a robust network interface.

The Quantum Experience is the first serious attempt at building the required infrastructure for the promised quantum computing paradise. By making the computer available online to anyone, IBM is learning how to make the quantum quotidian.