A Maps App That Takes You the Scenic Route 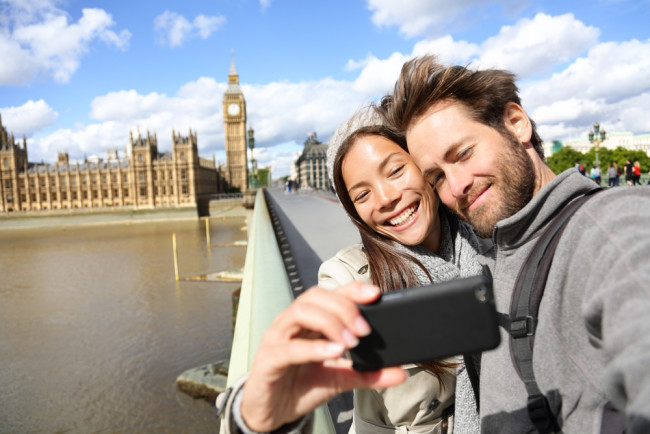 There’s nothing like taking the scenic route while vacationing in a new city, but the always-efficient GPS programs we navigate with simply plot the shortest route to reach a destination. But now there’s hope for the aesthetically oriented wayfarer: Researchers have designed an algorithm that charts the most beautiful route from point A to B. Yahoo! researchers used crowd-sourced data to build a program that automatically identifies the most alluring pathways through a city. What's more, the application plotted a course that was on average just 7 minutes longer than the shortest route — a small sacrifice for a more pleasurable journey.

Beauty is a truly relative term, so researchers turned to the masses in order to locate attractive nodes within London— the first city they tested their algorithm in. They used a website called UrbanGems.org

, which asks each visitor to choose the more beautiful of two photographs, collected from Google Street View and Geograph, of locations throughout London. Researchers assigned a beauty ranking to each location and plotted these on a map. With the most appealing spots in London identified, the researchers’ GPS software generated a course that maximized the number of beautiful locations along the route, while also keeping the trip as short as possible. To test whether their algorithm’s detours were indeed beautiful, researchers then recruited 30 volunteers who lived in London to assess the recommended paths. Participants were asked to imagine they had a friend in town from Italy who loves to see beautiful things, and whether the algorithm's paths were more beautiful than the shortest path. The participants were in agreement: the algorithm’s path was a marked improvement over the shortest path.

In order to make the algorithm useful in more cities, researchers needed to find a way to gather bigger datasets. So, they turned to Flickr photos. From a collection of 5 million geo-referenced photos from the website, researchers used the number of photos of a given location, as well as the photos' positive comments, to build a list of the most beautiful spots in Boston and London. They tested their Flickr-based algorithm with 54 participants in Boston and 30 in London, whose responses indicated that the routes were about 30 percent more beautiful than the shortest routes, according to results published on arXiv.org

. Researchers are planning to incorporate their findings into a maps app and test it across several cities in Europe and the United States. The algorithm, of course, is not perfect. Some attractive locations in a city can lose their luster at night, during rush hour, or in a particular season, and the program can’t account for these factors. Still, it's proof that our device-centric mindset isn't always a distraction: Sometimes our gadgets can help us engage more fully in the world around us.