A Leg Up on Human-Powered Flight

After 33 years, the Sikorsky prize for a human-powered helicopter is finally claimed. 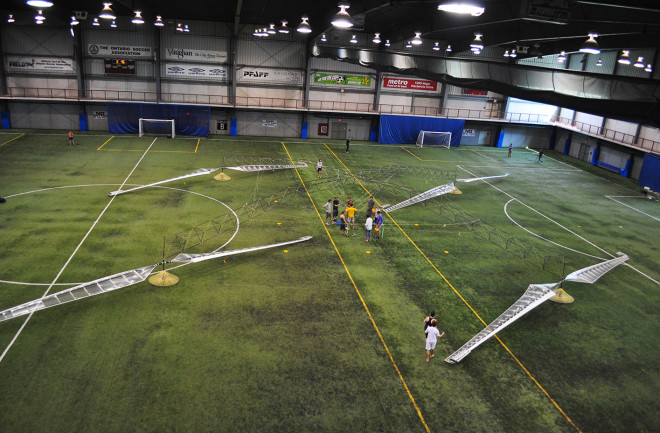 This buglike contraption won the Igor I. Sikorksy prize as the first human-powered helicopter to hover at least 9.8 feet (3 meters) off the ground for a minute or longer. The $250,000 prize went unclaimed for 33 years as craft after craft failed liftoff or crashed.

But Toronto-based AeroVelo’s four-rotor, 115-pound bicycle-powered vessel, dubbed Atlas, stayed aloft for 64.1 seconds thanks to a design by aeronautical engineers and computer modeling that fine-tuned the blueprints.

[This article originally appeared in print as "A Leg Up on Human-Powered Flight."]