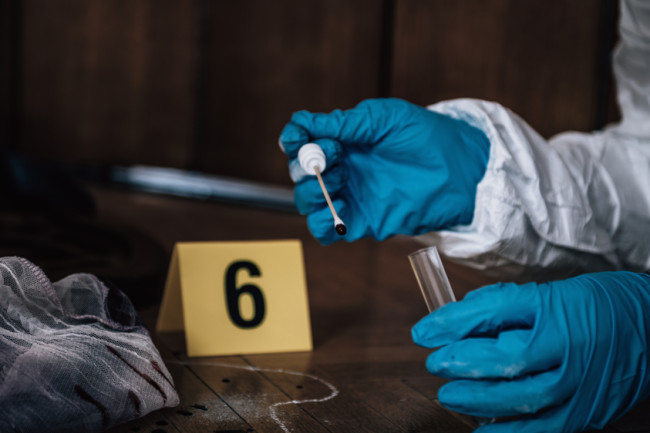 (Inside Science) — According to Senior U.S. District Judge Jed Rakoff, at the Southern District of New York, “Forensic science continues to be routinely admitted by the courts, both state and federal, even though considerable doubts have now been raised as to whether forensic science really is science at all, and whether it is reliable and valid.”

As part of the National Commission on Forensic Science, Rakoff contributed to a 2016 report noting some serious flaws in the way the justice system uses forensic science. He says that times have changed, and science has changed, but some judges aren’t changing as scientific understanding advances.

“DNA is, with very few exceptions, well-established as a science, but at the other extreme, things like bite mark analysis and hair testing analysis have been called severely into question and their error rates appear to be quite high,” said Rakoff. “So, in 1993, the federal law was changed. And this was because the Supreme Court was concerned that too much so-called junk science was entering into the courtroom and that juries would not be able to evaluate it from their own experience,” Rakoff said.

When judges allow bad forensic science to enter the court, it can contribute to convicting the wrong person.

“There were forensic experts who testified and testified strongly that the defendant was guilty, as shown by science, and how can a jury disregard what science proves, and yet they were wrong. Flat wrong. So innocent people are being convicted,” said Rakoff.

Fingerprinting science has improved in the last 20 years, said Rakoff. But many other areas of forensic science, including bite mark analysis, tool marks, ballistics, and arson analysis are less accurate than many people realize.

“The notion that anything in science is so perfect that someone could testify that they were absolutely sure that it came from that person –that’s not science at all. That’s someone acting, in my view, in an unscientific way,” said Rakoff.

So, is it all a judge’s fault that imperfect science is getting into the courtroom?

“I think it’s fair to say that judges all the time confront areas that they’re not familiar with, in patent cases, in complicated international commercial disputes and so forth. But they educate themselves. They get up to speed. They are, as they say, quick studies. And so, I don’t think it’s that judges are intimidated by the fact that this is science,” said Rakoff.

Scientists might be able to help. As research reveals new information, they can help the courts evaluate it.

“Scientists are in a very good position to say, ‘This is good science. This is bad science. And this is unknown. We’re not sure.’ And I think the courts would be very receptive to more input from scientific organizations. But I think the main reason why judges are allowing in forensic science is that they are too much influenced by old precedents,” said Rakoff.

Old guidelines that judges use have the potential to change with their decisions, and Rakoff says more training could help judges and the justice system be more fair.

“I think both for the narrow reason that we don’t want to convict innocent people, and the broader reason, we want to have a system that we can have confidence in, it’s important to make a change here,” concluded Rakoff.