A Glimpse of Cybernetic Augmentation for the Masses 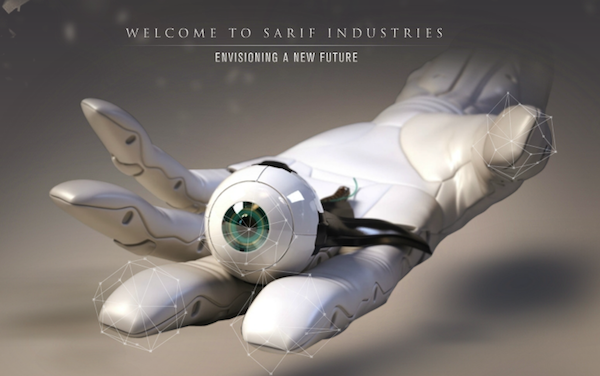 Deus Ex 3: Human Revolution is a cyberpunk video game coming out later this year. I, for one, am pretty excited. Set in the near future the game is a prequel to the original Deus Ex. For those of you who aren't video game fanatics, the first Deus Ex is a cyberpunk conspiracy thriller that follows around a transhuman protagonist, JC Denton, as he tries to keep the world from spiraling into Armageddon. Robots, A.I., genetically modified animals, and cyborgs aplenty help and hinder him. Denton himself has several nano-augmentations that give him superhuman abilities (e.g. cloaking, super-strength). Deus Ex 3 explores the rise of general cybernetic augmentation and the corporate espionage that accompanies it. As part of the viral ad campaign you can access the website for Sarif Industries, the leading manufacturer of cybernetic prosthetics. I love the boilerplate:

No one should ever have to give up a normal life because of a random incident, or indeed, lose a dream over a physical limitation. So believes David Sarif, idealist, philanthropist, founder and CEO of Sarif Industries. Pursuing his belief, Mr. Sarif acquired a failing Detroit auto factory in 2007 and repurposed it for the automated manufacture of prosthetics.

The weirdness of the site comes from its nearness to reality. There are links for the stock price and pictures of the interior of the main headquarters. There is even an ethics statement! A standout piece is the ad for Sarif's products (cyber hands, eyes, and arms), which seemed like a perfect pastiche of every pharmaceutical ad I've seen in the past year: testimonials by attractive people in bright lighting engaging in their favorite cultural or outdoor activities, like rock climbing and football throwing (though mercifully not through a tire wing). Also interesting is the news feed which features headlines I had to research a bit to see they aren't quite true. The "road to here" also provides a strange alt-history of augmentation and prosthetics that gives you the feeling this all might just be right around the corner. The site's slickness and dedication to near-reality makes it an eerie predictor of what a future prosthetics company may actually look like.