A Desktop Quantum Computer for Just $5,000

A cheap, portable quantum computer, aimed at schools and colleges will be launched later this year. 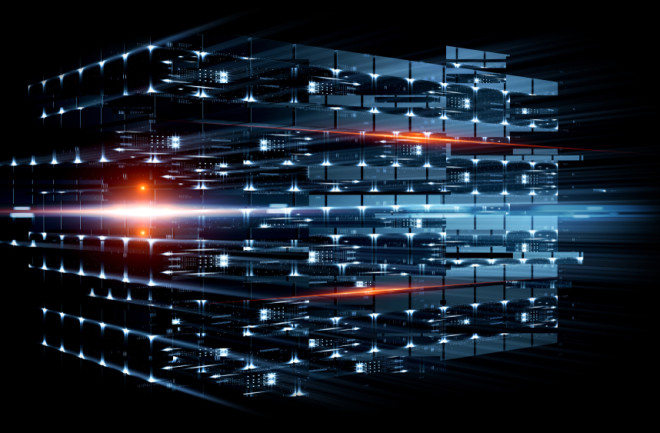 A Chinese start-up has unveiled plans to sell a desktop quantum computer costing less than $5,000. The new portable device is one of a range called SpinQ, aimed at schools and colleges. It is made by the Shenzhen SpinQ Technology, based in Shenzhen, China.

This is not the company’s first quantum computer. Last year, it started selling a desktop quantum computer for around $50,000. The desk in question would need to be sturdy given that the device weighs a hefty 55kg (121 lbs)—about the weight of a small adult.

But the new machine will be simpler, more portable and cheaper. “This simplified version is expected to be released in the fourth quarter of 2021, such that it can be more affordable for most K-12 schools around the world,” say the team behind the device.

The price of the machine is in stark contrast to commercial quantum computers, which can cost in the region of $10 million and process more than 50 qubits.

By contrast, the SpinQ machine is much less powerful, able to process just 2 qubits, and relies on an entirely different technology called nuclear magnetic resonance. This works by trapping specially selected molecules in a powerful magnetic field and then zapping them with radio frequency pulses to manipulate the spins of the atoms they contain.

After each set of radio pulses, the atoms relax and emit their own radio frequency signals, which reveal their new state. In this way, it is possible to flip the spin of atoms—equivalent to changing a 0 into 1 – and make the spins of neighboring atoms interact, which can simulate mathematical operations, and finally to record the result.

The compound at the heart of the SpinQ machine is dimethylphosphite, a tetrahedral molecule consisting of one phosphorous atom, one hydrogen atom, an oxygen and two CH3O groups. This takes the form of colorless liquid at room temperature.

Dimethylphosphite is ideal because the phosphorous and hydrogen atoms are bonded to each other and close enough to interact while also capable of being manipulated independently.

To ensure that the radio signals from the hydrogen and phosphorus atoms are strong enough to pick up, a huge number of molecules must be used, about 10^15 of them. That requires a few drops of liquid, which sit in a small vial in the middle of the powerful magnetic field.

The technique is well understood and has long been used to make medical images of the body. Indeed, the first quantum computers built in the 1990s used exactly the same approach.

Back then, this approach was expensive because magnetic fields strong enough to do the job could only be created by powerful superconducting magnets. These must be cooled to the temperature of liquid helium, a difficult task requiring expensive, bulky equipment.

But the SpinQ team use permanent magnets instead. These can now produce fields of up to a Tesla in strength, tens of thousands of times stronger than the Earth’s field.

For quantum computing, the field must also be highly regular. So the team employs a technique called shimming that generates another magnetic field capable of cancelling out any irregularities in the stronger field. The result is a hugely powerful, regular magnetic field.

And that’s it. The machine just needs to be connected to an ordinary computer with a software package capable of controlling it.

Although it processes only 2 qubits, the SpinQ device is capable of a number of quintessential quantum calculations. For example, it can implement a version of Grover’s algorithm, which can search through a database more quickly than a classical algorithm.

With only 2 qubits, none of these algorithms will be any more powerful than is possible with a conventional computer. Indeed, they don’t come close. But the point is to demonstrate quantum computation and allow students to try it themselves.

The SpinQ team say they have shipped their earlier design—called SpinQ Gemini -- to institutions in Canada, Taiwan and China. But at $50,000 a piece, these places need to be well resourced.

Which is why the company is launching the cheaper version later this year based on the same platform. It is also working on a more powerful device that can process 3 or 4 qubits.

However, these devices will never match the power of the quantum computers that Google, IBM, Microsoft and others are toying with. One of the drawbacks of quantum computation based on nuclear magnetic resonance is that the machines cannot handle more than a dozen or so qubits. Indeed, there is some debate over whether these kinds of calculations are truly quantum at all.

But the makers of SpinQ devices are unlikely to be phased by this. Their goal is education. “We believe that low-cost portable quantum computer products will facilitate hands-on experience for teaching quantum computing at all levels,” they say.