A Call to Ban Sex Robots 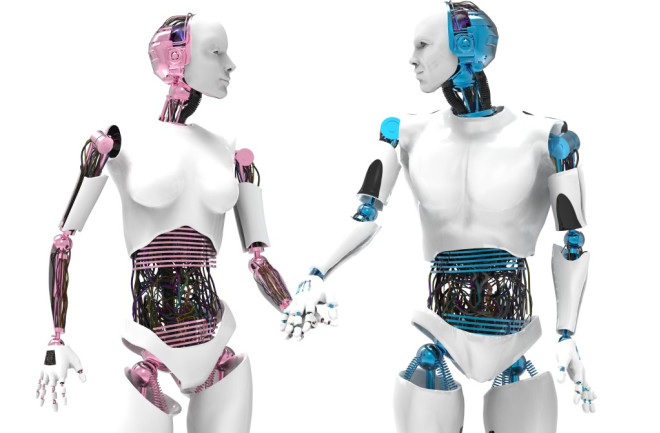 Credit: Giovanni Cancemi | ShutterStock Science fiction has long toyed with the idea of robot companions that provide romance or sex for humans. Modern robotic technology capable has not yet caught up with such fantasies, but the mere possibility has already inspired a new campaign to ban the creation of such robots. Advocates of the ban argue that sex robots would "contribute to gender inequalities in society" by reinforcing attitudes that objectify women in particular. The Campaign Against Sex Robots directly compares the idea of sex robots with human prostitution by suggesting that the sellers of sex are "reduced to a thing" in the minds of the buyers. A position paper for the campaign by Kathleen Richardson, senior research fellow in the ethics of robotics at De Montfort University in Leicester, UK, argues that sex robots would not have a positive impact on society by replacing human prostitution, as some people have envisioned. Instead, the campaign's advocates suggests that sex robots would build on the perceived inferiority of women and children to justify them as sex objects:

We propose that the development of sex robots will further reduce human empathy that can only be developed by an experience of mutual relationship. We challenge the view that the development of adults and child sex robots will have a positive benefit to society, but instead further reinforce power relations of inequality and violence. We take issue with those arguments that propose that sex robots could help reduce sexual exploitation and violence towards prostituted persons, pointing to all the evidence that shows how technology and the sex trade coexist and reinforce each other creating more demand for human bodies.

To prevent that future, the campaign wants to discourage development of hardware or software code meant for sex robots. Today's closest counterparts to "sex robots" are either realistic sex dolls or sex simulation games that provide a virtual girlfriend (or boyfriend) for the user's romantic or sexual interests. Crude humanoid robots that look like humans exist, but still have a long ways to go before they can move and speak in a realistic way -- or have the artificial intelligence to interact in a believable way with humans.

A Problem Beyond Sex Robots?

I doubt many people would quibble with the campaign's interest in spurring discussions about gender inequalities and sexual exploitation of humans. It makes sense to consider the potential impact of sex robots on societal mindsets and the development of empathy. Unexpected progress in robotics and artificial intelligence could potentially lead to a not-so-distant future with realistic humanoid robots being casually used by humans. But the call for a blanket ban on the development of sex robots raises several questions. First, it's unclear why robotic technology should be singled out for a ban when many other existing technologies already contribute to the reinforcement of gender inequality in society. The same argument about technology leading to objectification and reinforcement of gender inequality could be made for pornography, dating apps or online services, and sex or romance simulation games. Some emerging virtual reality games and applications also continue the objectification of women in particular, even if they make the users look rather silly in the process. (Somewhat NSFW: hat tip to Boing Boing.) The problems of gender inequality and sexual exploitation seem to go well beyond any single technology. https://www.youtube.com/watch?v=CBXpCFKj91U

The Question of Robot Progress

Second, many of the technological advances in robotics or AI required for realistic sex robots would overlap with the hardware and software development needed to create social robots in general. Computer scientists and roboticists would indirectly advance development of sex robots just by making progress in the artificial intelligence needed for social robots and building more realistic humanoid robots. (See: "Making Sure AI's Rapid Rise Is No Surprise.") In that sense, singling out the specific sex application of such technologies for a ban might prove impractical to enforce. Would advocates push for the ban to cover a subservient humanoid robot that wasn't specifically made as a sex robot? It's almost certain some human customers would end up seeking such robots as companions to fulfill emotional needs, or use such robots for their own sexual gratification. The Campaign Against Sex Robots may still succeed in generating some beneficial discussions about gender inequality and sexual exploitation. Such discussions will likely be worthwhile in a world where new mediums and technologies continue shaping societal attitudes toward sex, romance and gender equality. But a call for a blanket ban on sex robot technology seems much less likely to succeed.