A new bridge in China spans the length of a marathon, entirely over water. 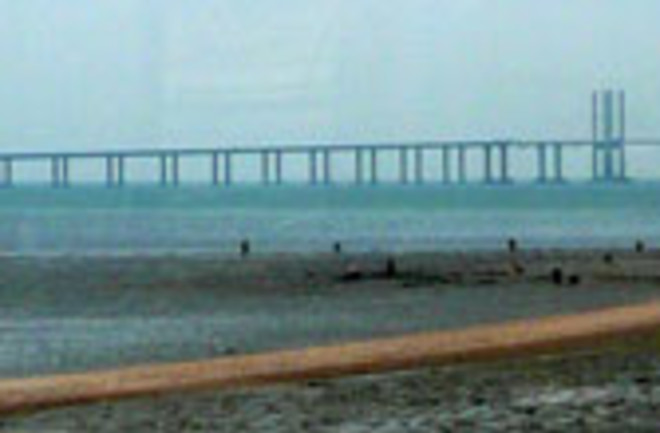 The Qingdao Haiwan Bridge in northeast China can handle 30,000 cars a day, but on a Thursday morning earlier this year the six-lane road was impassable: Too many motorists were stopping to pose for pictures. Gawker gridlock is commonplace at the world’s longest bridge over water, a 26.4-mile thoroughfare that outspans the Lake Pontchartrain Causeway in Louisiana by more than two miles. (China is also home to the longest bridge system of all: the 102-mile Danyang-Kunshan Grand Bridge, which spans land and water.) The arced bridge, which opened in June, cost an estimated $2.3 billion and required enough steel to build seven Empire State Buildings. Ten thousand workers reportedly labored around the clock to finish the project in four years, starting on either side of Jiaozhou Bay and meeting in the middle. No word yet on when the bridge will host its first marathon.