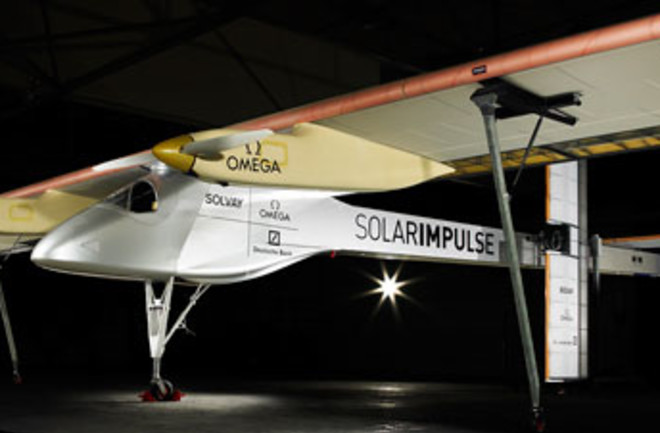 Each day, commercial aviation around the world dumps a half-million tons of carbon dioxide into the air. In Switzerland, however, one plane points the way toward cleaner skies.

On July 7 at 6:51 a.m., the sun-powered Solar Impulsetook off from a Swiss airfield and did not touch down for more than a day. Unmanned solar planes have been around since the 1980s, but the Impulse flew overnight while carrying a pilot, project cofounder André Borschberg. This aviation first was made possible by nearly 12,000 photovoltaic cells on the plane’s tail and 210-foot-long wings, which sent extra energy to batteries during the day to power its four propellers all night. Borschberg flew more than 26 hours without using any fuel.

Solar planes are not quite ready to displace jetliners, though. The Impulse averaged 24 miles per hour during the flight—about the same speed as the fastest human can run.