#85: Robot Skin Can Feel Your Touch 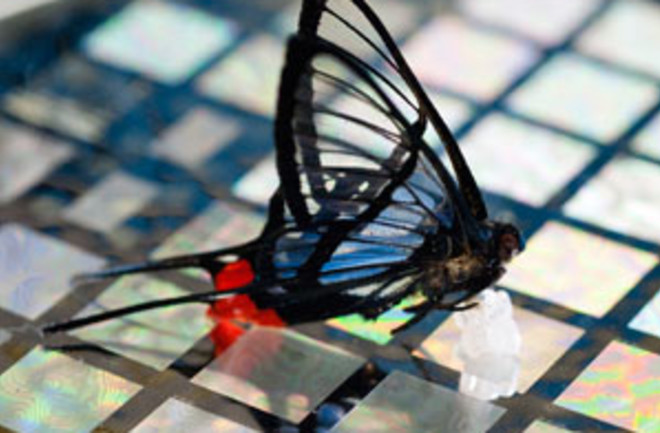 Artificial organs keep us alive, artificial arms build our cars—and soon artificial skin may allow robots or prosthetics to respond to our every touch.

This past year, two independent groups made notable advances in that direction. At the University of California, Berkeley, electrical engineer Ali Javey and his team attached a grid of nanowire transistors to a polyimide film placed atop a layer of rubber. The resulting electronic skin recognizes pokes and prods as changes in electric resistance. Meanwhile, at Stanford University, materials scientist Zhenan Bao and collaborators cut pyramid-shaped holes in an elastic polymer to produce variations in capacitance, the ability to hold an electric charge. In tests, the material could “feel” objects as light as a butterfly.

Beyond robots and artificial limbs, synthetic skin might be used some­day in extremely responsive touch screens or in car devices that alert drivers if their hands slip off the wheel. “It would be nice if the machines we interact with could interact with human beings intelligently,” Bao says.