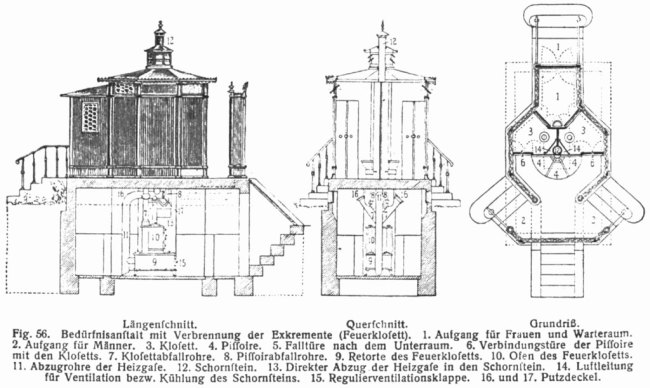 If your toilet isn't hooked up to sewage system, what do you do with the, erm, contents? Burn it! Gas or electricity-powered incinerating toilets fire up to 1000 degrees Fahrenheit, turning excrement into sterile ash. Talk about lighting a fire under your butt.

These toilets are a hotter, less odorous alternative to Porta-Potties in remote areas or construction sites. Though not as widely used, they're nothing new. The incinerating toilet pictured here is from a German encyclopedia published in 1904. 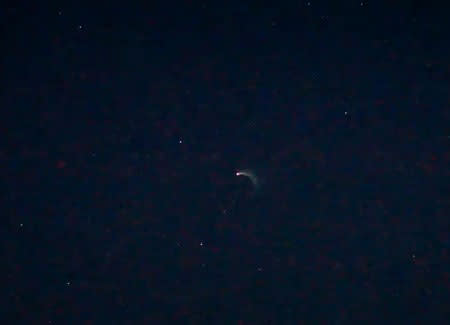 It's a bird, it's a plane—no, it's astronaut pee! If you looked up on March 8, 2011, you might have a seen a bright streak across the sky as wastewater from the space shuttle Discovery was burned up in the atmosphere (which is acting as one huge incinerating toilet in this case). See the full video on YouTube.

On the International Space Station, where astronauts live long-term and water is scarce, urine is reclaimed to become drinkable water.

Solid waste, on the other hand, is brought back to Earth because chucking it out would require a dangerously large hole in the spacecraft. 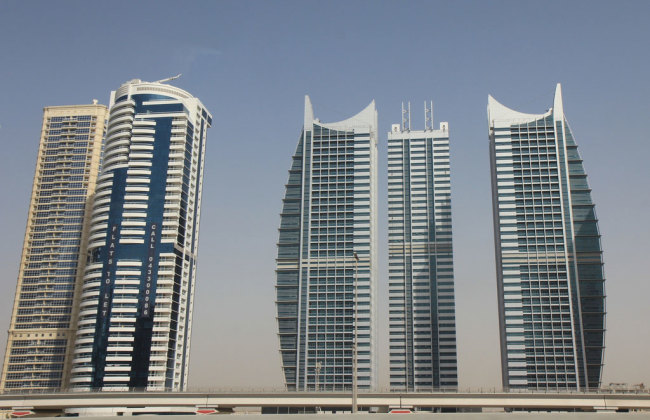 One of the many challenges of building a skyscraper is dealing with sewage that free falls 1,000 feet to the ground: The liquid ends up falling so fast that it makes loud clangs all the way down. The solution? Install S-bends in the pipes to slow down the falling sewage.

Once the sewage reaches ground floor, skyscrapers in Dubai have another transportation problem. Dubai has no central sewer system, so sewage is taken by the truckload to the city's only treatment plant. The city's infrastructure just hasn't grown as fast as the city itself, and trucks waiting for hours in line will sometimes dump their loads into stormwater drains. That's how raw sewage is finding its way onto luxury beaches. 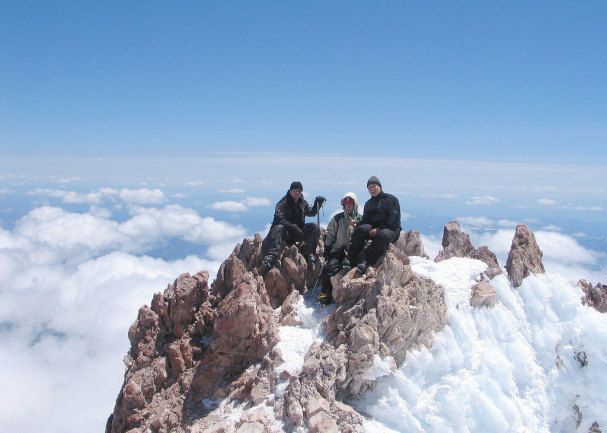 When you're climbing 30,000 feet up Mt. Everest, you probably wouldn't be too thrilled about having to carry your feces the rest of the way up the mountain and all the way back down again. Turns out plenty of mountaineers feel that way, and clean-up crews have brought down 880 pounds of poop from the mountain since 2008. At least the frigid conditions limit the stinkiness of their cargo.

Eco-conscious mountain climbers can carry a Clean Mountain Can. The two-and-a-half pound plastic container fits 1.88 gallons of human waste—that's 10 to 14 typical uses. According to the manufacturer, the container can withstand a fall of 2,000 ft, so "oops, I broke it" is no excuse for not cleaning up after yourself. 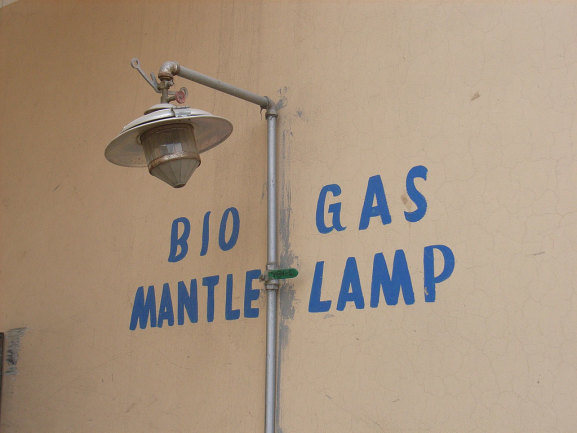 One man's poop, another man's fertilizer and fuel. It could actually be the same man if he owned an anaerobic digester.

In the absence of oxygen inside a digester, bacteria break down the compounds in sewage to create gaseous methane, which can be used to power gas stoves or converted to electricity. And the leftover solids are great fertilizer--high in nutrients like nitrogen and phosphorous, safer than raw sewage, and stench-free.

With all the technologically sophisticated ways of dealing with sewage, there are still millions of people without access to proper sanitation. In India, for example, 10% of cities lack a sewage system, which means most waste goes into latrines that must be cleaned by hand.

The sanitation problem in India is really a social one. "Manual scavenging" is technical illegal in India, but between 400,000 to 1.2 million people are still employed for that, depending on whom you ask.

Because most of them belong to the "untouchable" caste, manual scavengers are treated with pretty much the same aversion as the excrement they have to clean up. But in a country where raw sewage floats down the sacred Ganges River, lack of access to proper sanitation hurts everyone. Human feces is teeming with bacteria and parasites responsible for diseases such as diarrhea, cholera, and intestinal worms.

Every day, 1,000 children in India die from diarrhea alone.