The tiny device measures an astonishing 10 atoms by 1 atom. 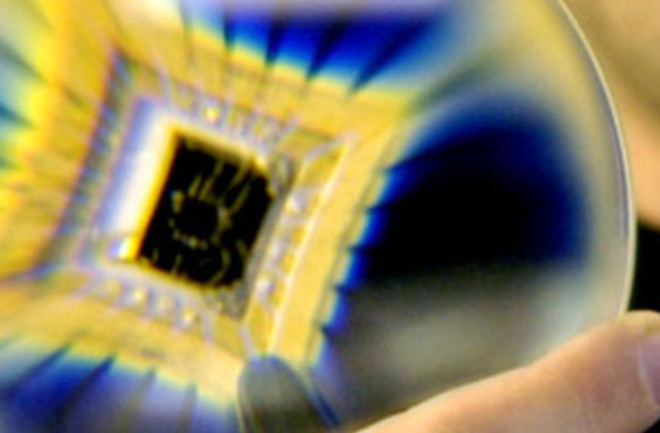 Smaller is better when it comes to the transistors that form the heart of modern electronics, and in April a team of European physicists reported in

[subscription required] that they had created the tiniest transistor in history. Measuring roughly 10 atoms by 1 atom, the minute device was fashioned from graphene, an impossibly thin carbon nanomaterial.

“If you hold a sheet of graphene, you won’t be able to see it,” says Kostya Novoselov, a University of Manchester physicist who worked on the research. “It has perfect crystallized structure, but it is only one atom thick. This is the thinnest possible material in the world.”

Novoselov says the miniature transistor will be well suited for the demands of ever-shrinking electronic devices, which require a lot of power packed into a small area. Larger graphene transistors have already been shown to perform 10 times as quickly as conventional silicon transistors in the lab, although scaling that capability up to mass production may be difficult. Graphene, which is both transparent and conductive, could also be used for making liquid crystal displays. Other researchers are investigating ways to put graphene to work in solar cells.

This work suggests that the silicon age may give way to a new era of even faster, smaller, “molecular electronics.” “The ultimate goal is to use one reproducible molecule per transistor,” Novoselov says.