History’s game-changers range from the humble wheel to the modern computer. 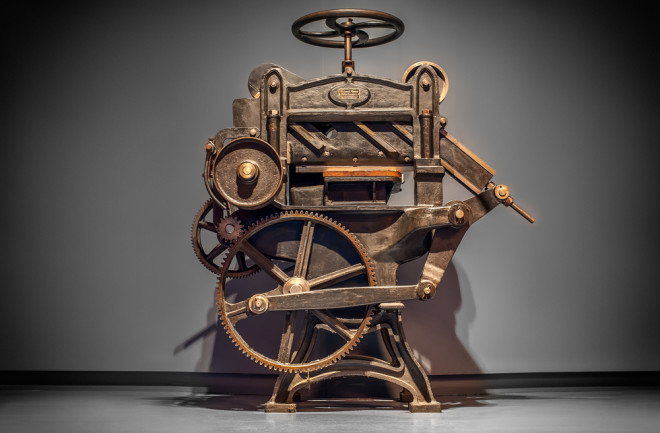 Although it’s impossible to highlight all the inventions that changed history, some stand out as undeniably transformative. The list of life-changing inventions is virtually endless, but here are five that unmistakably impacted humanity.

Some people consider the wheel to be the greatest invention of all time. The concept of a rolling cylinder wasn’t impossible to imagine, but it was challenging to make. In order to work, there needed to be a fixed axle. To make a fixed axle with revolving wheels, the holes in the wheels and the ends of the axle needed to be smooth and round. To ensure good rotation, axles needed just the right amount of tightness to fit correctly into the wheel holes. By the time the wheel was created by the Sumerian people in Mesopotamia, basket weaving, sewing needles, woven cloth, and the boat had already been invented. The wheel led to other innovations, including wheelbarrows and chariots, and changed the way people lived, worked and traveled. Other advances such as mills, steamboats, and a few of the inventions on this list, also owe their creation to the basic but incredible wheel.

Mechanisms for vertical transport date back thousands of years. In 236 BC, Greek mathematician Archimedes designed a rudimentary elevator operated with the use of ropes, pulleys and a capstan. In ancient Rome, wild animals kept beneath the Colosseum were delivered to the arena through a series of up to 28 lifts — each one of which could carry 600 pounds and took as many as eight men to operate. The elevator as we know it was created in 1854, when Elisha Otis produced an elevator with a safety device. His safety hoist prevented elevators from falling if a chain or rope broke. His company’s designs were groundbreaking at the time, and the Otis company continues to be the leader in the elevator industry today.

Although Johannes Gutenberg is synonymous with the printing press, he wasn’t the first to use a press to create printed material. The oldest known printed text was a Buddhist scroll made in China, using block printing. However, in 1436, Gutenberg refined printing in a way that forever changed history. Gutenberg’s press used metal blocks, with each letter having its own block, and molds were created to produce many blocks of each letter. He also used a wine press to exert even pressure on the metal type. His crowning achievement was using his press to produce 200 copies of the Bible within three years, which was astoundingly fast at that time. Gutenberg’s press wasn’t fully appreciated during his lifetime, and he died broke — with his creditors taking possession of his presses. But after his death, once the printing press caught on, books, pamphlets and papers became more accessible and affordable, and European literacy increased beyond the elites of society.

The concept of inoculation is an old idea. It goes back to Buddhist monks who drank snake venom and people in 17th century China who purposely exposed their skin to cowpox in an effort to protect against smallpox, a related but far deadlier disease. But it was British doctor Edward Jenner who pioneered the field of vaccinology with his development of the smallpox vaccine in 1796. From there, Louis Pasteur made advances in the field, developing cholera, anthrax and rabies vaccines. By 1970, there were separate vaccines to address deadly measles, mumps and rubella; in 1971, American microbiologist Maurice Hilleman combined them into one (MMR). Hilleman developed more than 40 vaccines over his career, including hepatitis A and B, meningitis, pneumonia and more. The invention and evolution of vaccines have saved countless lives around the world.

It’s hard to think of an aspect of modern society that hasn’t been affected by the computer. Although many people contributed to what we call a computer, several great minds are especially noteworthy. The idea of an automatic digital computer dates back to mathematical prodigy Charles Babbage. He envisioned a device that could execute math operations and would include a memory unit. His idea, named the analytical engine, encompassed elements of current computers. A huge leap forward came in 1946, thanks to John William Mauchly and J. Presper Eckert. These two scientists at the University of Pennsylvania created the first general-purpose computer — the Electronic Numerical Integrator and Computer (ENIAC). Mauchly and Eckert left the university over a patent dispute and went on to form their own company. It’s important to note that although they are not as well known, the indispensable contributions of six female programmers were essential to the success of ENIAC.