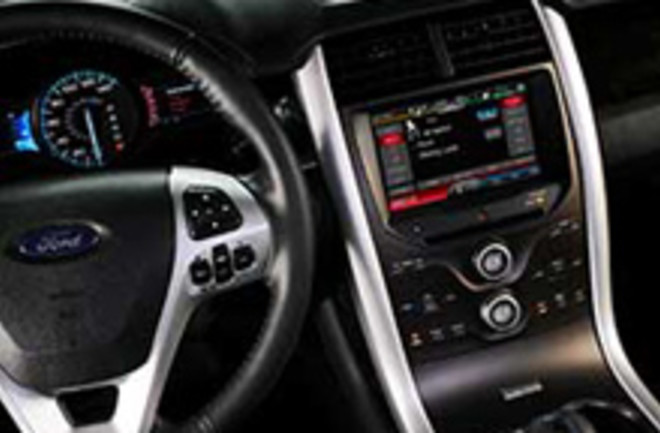 After a long weekend of Las Vegas fanboy salivating, another year of the Consumer Electronics Show has come to a close. Here are DISCOVER's choices for the most important storylines among the flood of gadget-philia emanating from the desert. 1. OMG, It's Coming Toward Us! Between the unstoppable worldwide phenomenon that is "Avatar" and ESPN rolling out 3D broadcasts for this summer's FIFA World Cup, 3D is back with a force not seen since the crazes of the 1950s and 80s.

The bandwagon has close to universal industry ridership‚ almost every major manufacturer is launching 3D sets at CES this week, the Blu-ray format will support 3D and many gaming consoles should soon follow suit [Popular Mechanics]

. But unless you've got a big wad of extra cash burning a hole in your pocket, you might want to wait a while before taking the 3D dive, tech experts warn. 3D TVs will come with plenty of sticker shock at first, there won't be very much content to watch on them... and oh yeah, you'll still have to wear those stupid glasses.

Not wanting to disappoint, Microsoft Chief Executive Steve Ballmer pulled out a tablet midway into his address, demonstrating an H-P device running e-reader software. But it was only a prototype, and it couldn't be found on the show floor [CNN Money]

. Apple, too, is supposed to be developing a tablet, though the timetable for the secretive company remains unclear. 3. Wireless Power Wows the Crowd If you're among the "it's 2010 and we shouldn't need wires anymore" crowd, you may have found yourself giddy with excitement over another of 2010's hot trends, wireless power. Fulton Innovations garnered particular esteem with its system, ECoupled.

. Another promising system is "Venetial hotel tower" by WiTricity, which operates with "highly coupled magnetic resonance."

As proof that it works, an LCD TV is powered by a coil hidden behind an oil painting located a few feet away [Forbes]

. 4. Baby, You Can Interface with my Car Ford took best-of-show honors for the automotive category with its redesigned cabin interface.

. The Fusion Hybrid will be the main testing ground for this new system. 5. The Swagger Is Back, and so Is the Little Guy

Last week's Consumer Electronics Show returned to its usual over-the-top affair in 2010, with endless proclamations of how this year will see the return of the industry's growth. Humbled no more by the global recession, electronics makers pulled out all the stops [CNN Money]

. But it wasn't all pomp and spectacle by behemoths like Microsoft: Popular Mechanics has the best of the small companies at CES. Related Content: 80beats: 3D-TV Will Kick Off with World Cup Match This Summer 80beats: America's Electronic Waste is Polluting the Globe The Intersection: Will Avatar Be This Generation's Star Wars? Discoblog: Our collection of weird iPhone appsImage: Ford Motor Company