4 Ways to Smarten up Your Car 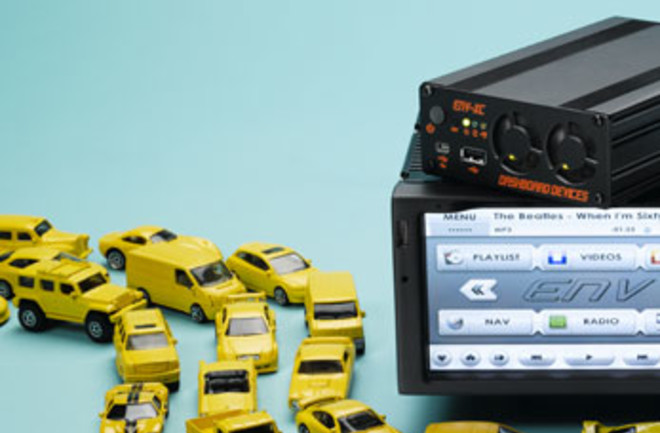 MOBILE COMPUTINGThey haven’t quite created KITT —the chatty artificial intelligence built into the automotive star of television’s Knight Rider—but Dashboard Devices lets you give your ordinary car a dose of smarts with the $2,750 ENV-XC. This computer is built around a 1.66-gigahertz Intel Core Duo processor, with 1 gigabyte of memory and a 160-GB hard drive. It connects to an in-dash touch screen, which replaces your car radio controls, and features a DVD-read/write drive; a USB port to connect additional devices, such as a keyboard for writing e-mail; a GPS navigation system; and WiFi. It comes with Windows, but advanced users can install the Linux operating system instead. And yes, it will even talk to you. www.dashboarddevices.com

21ST CENTURY RADIOTired of regular old AM/FM? Then consider this car radio, which will connect you to Internet stations around the world. It uses Bluetooth to piggyback on the data link provided by devices like the 3G-enabled iPhone. MiRoamer expects models to hit the shelves in the second half of this year at a price of $300 to $400. www.miroamer.com

SOLAR PHONEMore states are insisting that drivers use hands-free devices when phoning from their cars. One good option is the $100 LG solar-powered speakerphone, which taps Bluetooth to connect to your cell phone. A single button lets you answer calls—and make them if your phone can handle voice commands. One hour spent charging the speaker­phone in daylight yields about two hours of talk time; a car adapter that lets you charge directly from the dashboard is also included. www.lge.com

GET FOUNDIf you can’t afford a complete computer upgrade for your car, you canstill get some navigation assistance with this portable GPS unit.Controlled via touch screen, the $189 GY 135 will speak directions andreroute you automatically should you miss a turn. It is loaded withmaps of the United States right out of the box; additional U.S. andCanadian maps can be added using a memory card. www.thencc.com