From a killer $16,000 TV to devices that might finally bring the Internet to your living room 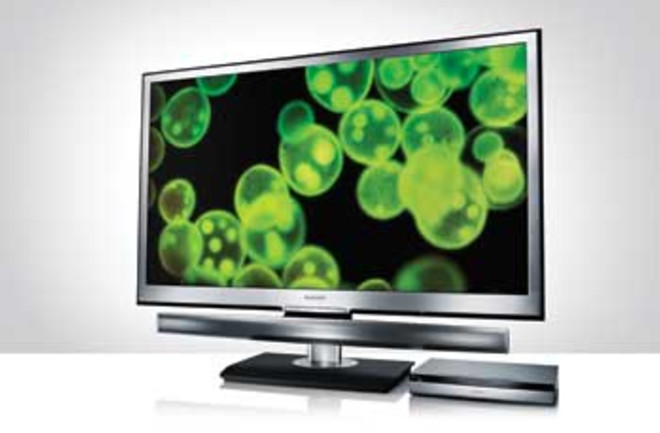 Large and In ChargeSharp AQUOS Limited Edition LCD TV Take home-viewing to the next level with this superslim 65-inch LCD screen that is only one inch thick at its narrowest. For $16,000 you also get an amazingly crisp picture with a contrast ratio of more than 1 million to one between solid black and pure white, among the best contrast ratios of any TV ever made. A separate interface box lets you connect high-end home theater components such as media players and sound systems. One word of warning, though: You will need a Blu-ray player and disks to go with this TV if you really want to enjoy your movie-watching. DVDs simply do not contain enough picture data; the giant screen is so good that it will expose blocky artifacts from the digital compression used to encode the disks. www.sharpusa.com

Digital R50 Universal Remote ControlGot a coffee table buried under remote controls for the DVD player, cable box, TV, and stereo? Replace them all with the $170 R50, which can control up to 18 devices. The remote comes with a built-in database of codes for many popular brands; for devices not in the database, the R50 can also learn another remote’s commands. www.universalremote.com

Watch downloaded movies on your big screen instead of your computer monitor by hooking up this $130 gadget to your TV and then plugging in an external USB hard drive or flash drive. An included remote control will let you watch video or view photographs stored on the external drive. www.wdc.com

Linksys N Ultra Range PlusStop streaming music or video from stuttering whenever someone else in the house tries to surf the Internet. For $200, this Linksys router gives you two high-speed wireless access points in one device, so you can dedicate one to media streaming and use the other for regular Web access. www.linksys.com