It started with an innocent, and possibly joking, request on Twitter: "Can you explain M-theory?" Having previously been asked to defend the Many-Worlds Interpretation of quantum mechanics and various other topics, I didn't take it very seriously. 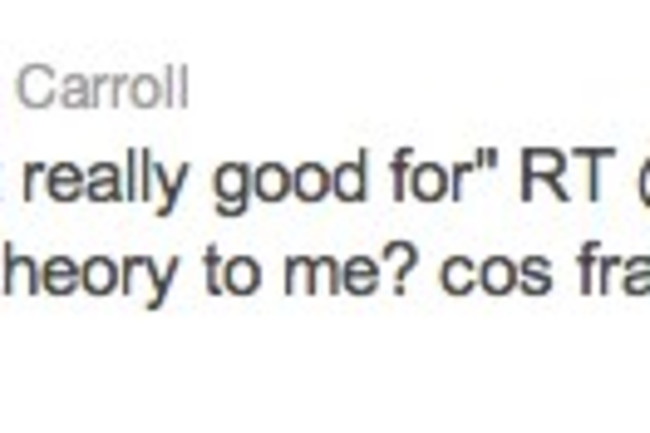 But upon further reflection -- why not? Obviously nobody is going to give a full and comprehensible account of any reasonably complex topic when limited to 140 characters, but it might be fun and even useful to try to distill the basic point of something down to its tweetable essence. Still, in a single tweet there is almost no chance to do much but introduce jargon, so I decided to allow myself three tweets. Here's my go at summarizing M-theory. (Remember chronology is bottom-up.) 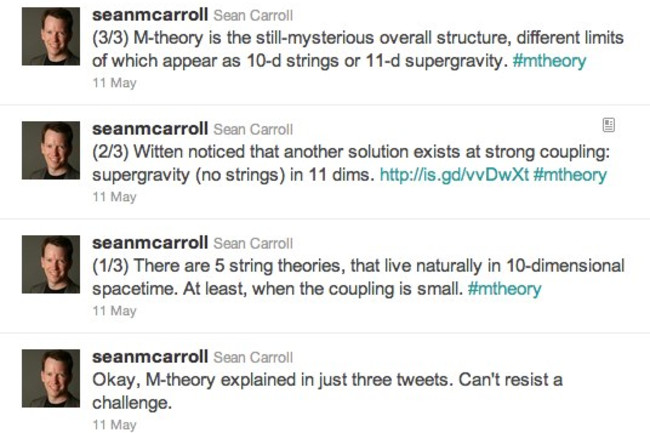 Obviously, there is more to be said, but I think some actual information is conveyed. Different people might choose different aspects of a subject to spend their precious three tweets on, but that's part of the beauty. As someone pointed out, a poetic aspect results from subjecting yourself to such stringent limitations on what you can say. And if it works for M-theory, what else? And thus a hashtag was born: #3tweets. Yesterday I took a stab at the Higgs boson. 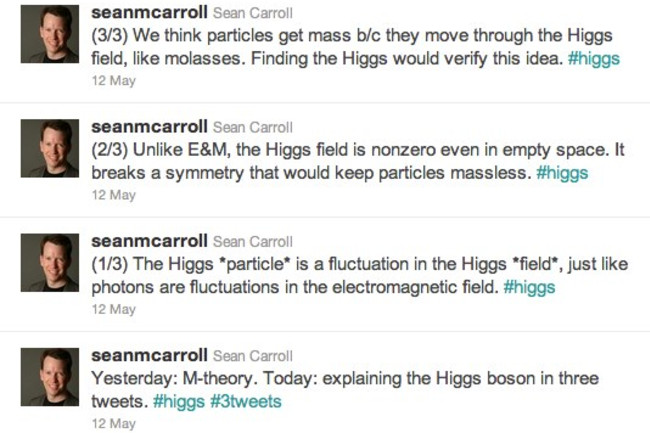 This reminded me that quantum field theory is probably the single most under-popularized subject in all of fundamental physics. Particle physics, yes; string theory, sure; quantum mechanics, endlessly; but the structure of QFT itself is rarely explained in its own right. It's worth at least a few tweets. 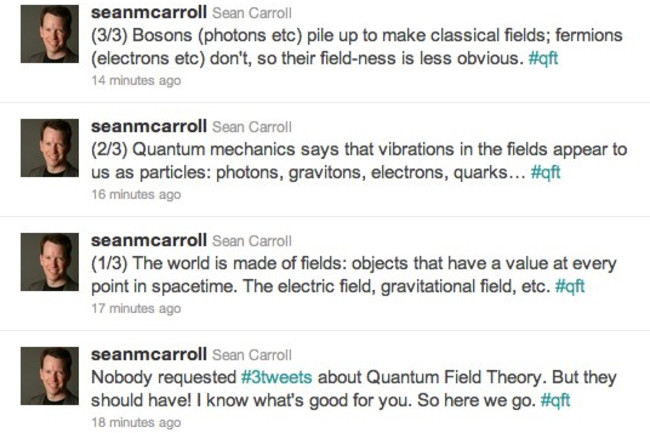 I certainly hope to try a few more examples. But -- it's everyone's internet. Feel free to join in, with new topics or ones previously covered. I'm sure someone has a different take on quantum field theory than I do.