These next-gen solutions will provide safer, more stable and longer-lasting power for everything from the energy grids to the phones in our pockets. 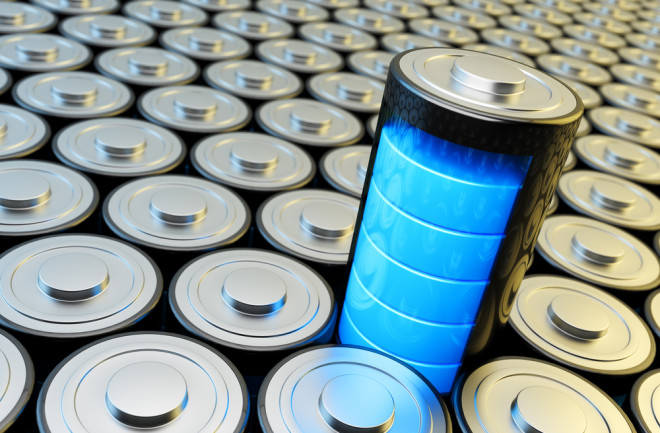 No offense to any pink bunny mascots out there, banging on a drum to prove how long-lasting their product is, but most of the batteries everyone is interested in these days can’t be bought at a supermarket.

Instead, the focus is on batteries that power our phones, computers, electric vehicles and electrical grids, all of which have seen massive design and technological changes in recent years. More changes will work their way into our daily lives too, since corporate and government sectors are signaling ambitious battery-based goals in the immediate future. The Biden presidential campaign promised to “leverage the breakthroughs we have secured in energy storage over the last decade” when modifying the energy grid, and General Motors announced plans to only sell zero-emission vehicles by 2035.

All such batteries need to be rechargeable, and right now, the clear favorite in the field is lithium-ion based designs. But these batteries can be dangerous, and as engineers seek out ever-smaller, safer, lighter and faster-charging alternatives, there’s no guaranteeing that lithium options will dominate devices forever. Below are three of the ways batteries might grow in popularity and appeal to customers in a way they never have before.

A Battery Boom on the Grid

Renewable energy sources such as wind and solar power are intermittent — the technology only produces power when the wind is blowing and the sun is shining. Batteries solve this problem by holding onto power after it’s generated to make sure people can turn on their lights even when the renewables themselves aren’t operating. And as solar and wind energy drops in price, large-scale battery storage projects attached to the grid are becoming more common, too.

In the third quarter of 2019, 93 percent more storage was deployed across the U.S. compared to the same timeframe in the previous year, according to a National Renewable Energy Lab report from 2020. Some state programs are explicitly driving the battery rise: New York passed legislation in 2019 to reach 70 percent renewable energy use and 3,000 MW of energy storage by 2030.

Theoretically, these batteries could cover daily power needs and meet large spikes in demand that grid operators know to expect every year. Hot summer days — and the air conditioning that residents crank up — demand so much extra energy, some power plants exist just to kick in during those periods. Batteries might one day replace these high-demand generators, too.

The default batteries in phones, computers, electric cars, hospital equipment and more encase lithium ions in liquid electrolyte — the substance the lithium moves through when flowing from one end of the battery to the other. But reactions between the ions and the liquid itself generate heat, and some liquid electrolytes are flammable. “Overheating, overcharging and physical abuse” can trigger the internal battery components to break down and chemically react, as a team of researchers from the U.K., China and the U.S. explain. The reactions generate heat, which propels more reactions, which creates more heat — if not stopped, the process can explode the battery and start a fire. Recycling plants regularly face the threat of battery-induced fires, as people often incorrectly toss their old electronics into curbside collection bins.

Obviously, avoiding batteries that burst into flames would be ideal. One design solution engineers are looking into is replacing the liquid electrolyte with a solid, which would still divide the two battery ends but make the entire structure more resilient to physical damage. Ideally, solid electrolytes would also make the batteries cheaper, longer-lasting and faster-charging, and car companies from Toyota to Ford are investigating the technology. But even auto manufacturers acknowledge that these batteries are a long way off, and as some research teams have pointed out, the replacement components that some engineers have designed are still flammable.

Another safety upgrade for lithium-ion batteries might be pulling out the soft, silvery metal and replacing it with zinc. The mineral already sits inside batteries for hearing aids and other low-power devices, but if engineers make zinc technologies rechargeable, the option could compete with lithium. Not only is zinc cheaper and safer to handle than lithium, zinc batteries have better potential for more compact and lightweight designs.

Traditionally, zinc-based batteries take in oxygen from the outside air on the positively charged end, triggering a chemical reaction. The molecule then migrates to the zinc-coated end of the battery, where it bonds to the material and splits apart, releasing electrons for the device at hand. Normally, this process isn’t reversible and therefore rechargeable, but researchers have resolved that issue by changing the electrolytes and even removing the thick sheets of zinc at one end altogether.

Advances in the zinc design have been significant enough that the California Energy Commission has begun investigating the technology, while a zinc-based energy storage company signed a contract with the New York Power Authority in 2020 for a demonstration installation.