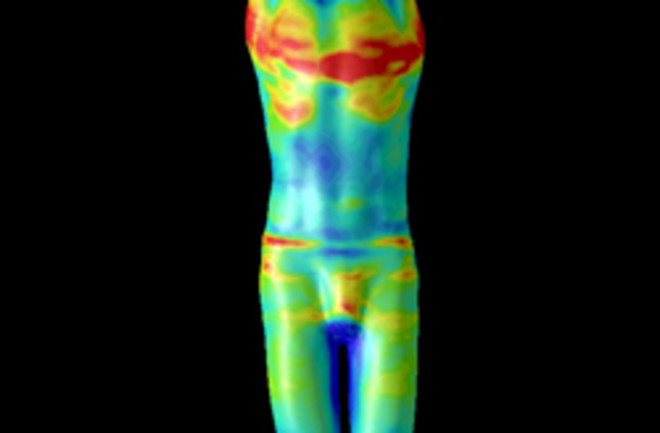 1 Engineers with the U.S. Olympic Committee keep improving timing and measurement technology. Light beams now record racers’ times to within a thousandth of a second.

2 Even John McEnroe can’t complain: Not to be outdone, professional tennis has adopted a computerized tracking system that shows whether a ball is in or out.

3 Who doesn’t want bigger balls? Unlike most other sports, tennis is looking to slow down. Blistering serves and short volleys can bore spectators, so game organizers have looked at using larger balls on slower surfaces to keep fans’ interest alive.

4  Length isn’t everything. By 1984, improvements in javelin technology had resulted in throws so long that the event was nearly moved out of stadiums. Instead, a redesign shifted the javelin’s center of gravity forward for a shorter flight.

5 Still dangerous: French long jumper Salim Sdiri was skewered in the ribs by an errant javelin while waiting to compete at a July 2007 meet in Rome.

6 Pole-vaulting technology keeps hitting new heights, with poles moving from wood to light metal and finally to fiberglass composites, resulting in amazing 120 to 160 degree bends during a vault.

7 Time’s arrow: Modern archery bows made from aluminum, magnesium fiberglass, and Kevlar can shoot arrows faster than 150 miles per hour with pinpoint accuracy.

8 Luge racers go crazy-fast, lying feetfirst on tiny sleds that barrel down an ice track at speeds that can top 90 mph. And they crave aerodynamic advantage. Today’s lugers squeeze themselves into tight rubber suits and wear sleek, wind-slicing helmets, riding sleds that are built with the lowest possible center of gravity to improve stability.

9 Cooking the results: At the 1968 winter Olympics, the East German women’s luge racers were stripped of their medals after it was discovered they had preheated their sleds’ runners to make them faster on the ice.

11 Swimming in sweat? Hockey goalies, once forced to wear leather padding that absorbed up to 7 pounds of perspiration during each game, breathe easier now with lighter, less absorbent synthetic padding introduced in the late 1980s.

12 The layers of protective gear modern American football players wear had their genesis in 1905, when 18 players died from injuries in the game. President Teddy Roosevelt ordered rule changes to make the game less brutal.

14 Not-so-happy fans: Fox Sports angered many hockey buffs with its ill-fated glowing FoxTrax puck, complete with a digitally created tail to track the puck’s path during passes and shots.

15 Technology can make players grumpy too. According to a 1996 NFL Players Association survey, 93.4 percent of football players believed they were more likely to be hurt on artificial turf than on natural grass.

16 For the 2006–07 season, the National Basketball Association switched to a microfiber-composite ball, replacing traditional leather.

17 After complaints that the new basketball was too slick and cut players’ hands, the NBA switched back to leather just two months into the season.

18 Think a baseball moves fast? Badminton shuttlecocks have been clocked at more than 150 mph, far outpacing the swiftest pitch.

19 Maybe wood isn’t so shabby after all. Top skateboarders turn up their noses at the sports-wide popularity of fiberglass and epoxy resins, sticking with seven-ply boards made of maple.

20 Skateboarders are not alone. The fastest ball sport in the world is jai alai, in which a ball is caught and thrown at speeds of around 188 mph, using a scoop made of good, old-fashioned wicker.