20 Things You Didn't Know About... Movies

The first skin flicks, setting actors on fire (safely), the great bluff that turned into IMAX, and more. 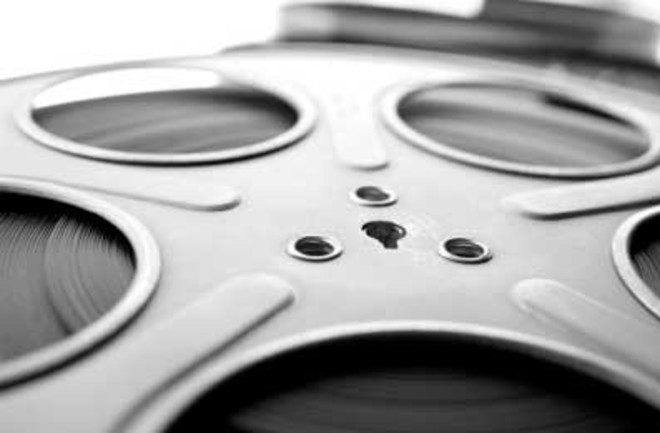 1 The first celluloid roll film was developed in 1887 by Hannibal Goodwin, an Episcopalian minister from Newark, New Jersey.

2 In 1891 Thomas Edison’s company demonstrated the Kinetograph, the first motion picture camera, but never got around to creating a projector for playback.

3 Instead, the company acquired manufacturing rights to a machine called the Vitascope. One of the conditions of the deal was that Edison be credited as the inventor.

9 One of the earliest color film processes, Kinemacolor, relied on an illusion too. Black-and-white film was projected through rotating red and green filters, fooling the eye into seeing color.

10 Time reversal is another standard film trick. When Moses parts the Red Sea in The Ten Commandments, the moviemakers filmed water pouring into a tank and then ran the footage backward.

11 Too real? The seat-rattling Sensurround effect at the premiere of the movie Earthquake was so intense it cracked one patron’s rib.

12 And it wasn’t even the most dangerous thing in the theater: A large popcorn with butter can pack 1,600 calories. Diet cola won’t help.

13 Many action movies depend on fire stunts—which, surprisingly, is chilly work. Stunt actors begin by coating their skin with a cool fire- retardant gel, then adding layers of Nomex underwear saturated with the same stuff.

14 The final layer is flammable rubber cement. Because rubber cement fumes are the sort of thing we tell children never, ever to inhale, directors tend to try to shoot burn scenes in as few takes as possible.

15 One of the most famous mechanical stunt actors—the shark in Jaws—was famously balky. Its hydraulics corroded in salt water, forcing Stephen Spielberg to substitute scenes shot from the shark’s point of view.

17 The Canadians then raced to invent a system that could shoot on film 10 times the size of the 35 mm format and fill a screen six stories high.

18 An IMAX projector weighs as much as a male hippo, costs $5 million, and has a bulb so bright that, if pointed upward, it could be seen by astronauts on the International Space Station.

19 Apollo 13, Armageddon, and Around the World in 80 Days are among the movies NASA keeps aboard the Space Station.

20 So is So I Married an Axe Murderer.