They were way more dangerous in the past, they're developing some impressive smart lighting, and they'll drive themselves in the future. 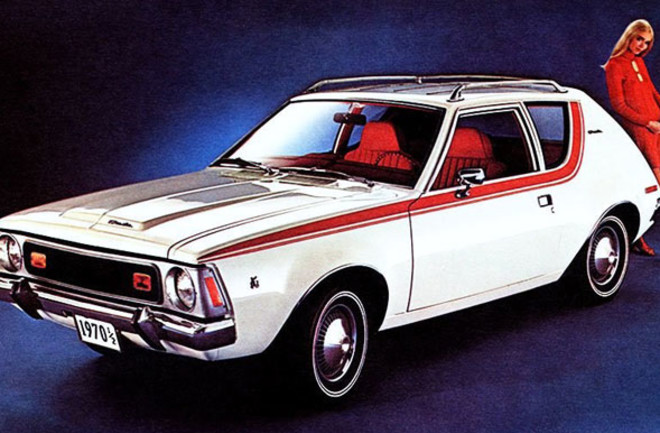 1  In 1760 King George III housed around 30 horses in the Royal Mews stables in London. Today a typical compact car packs a 150-horsepower engine. So a suburban commuter has instant access to five times as much sheer muscle as the king who nearly crushed the American Revolution.

2  By the formal definition of horsepower (the power required to lift 33,000 pounds by one foot in one minute), a real horse musters only about 0.7 horsepower.

3  Not only has the horse been outgunned by the car, it faces the further indignity of not being able to keep up with itself.

4  Contrary to legend, Ford’s Model T originally came in a variety of colors…and black was not one of them. The “any color so long as it is black” philosophy arrived in 1913, as Henry Ford sought to simplify production.

5  Volkswagen had the good sense to change the original, Hitler-sanctioned name for its small car, the Kraft durch Freude Wagen (“Strength Through Joy Car”). You know it as the Beetle.

6  The first documented auto fatality in the United States was H. H. Bliss of New York City, who was struck by an electric taxicab on September 13, 1899, while alighting from a trolley car.

7  The motor vehicle fatality rate in the United States—the average number of deaths per passenger-mile of driving—has dropped by roughly 80 percent in the past half century.

8  Last year 32,310 Americans died in auto accidents. If the 1962 fatality rate still held, there would be an extra 150,000 deaths annually, equivalent to losing the population of Pittsburgh every two years.

10  One of the biggest factors? Seat belts. 84 percent of people now buckle up, compared with 14 percent three decades ago.

11  Please don’t kick the tires. The contact patches—the areas of the tires that actually touch the road at any given moment—cover an area of just over 100 square inches for an average family sedan.

12  In other words, all of the accelerating, cornering, braking, and everything else that your four wheels do, happens on a piece of ground scarcely bigger than your own two feet.

13  Lighting is one of the next frontiers in safety. BMW is developing headlights that highlight nearby people to help focus the driver’s attention, and a Carnegie Mellon University researcher has developed lights that can track droplets and avoid illuminating them, rendering rainfall nearly invisible.

14  In 2004 Nevada hosted the first Darpa Grand Challenge for autonomous cars. None of the contenders finished the course, and one lunged menacingly at spectators. Now Google’s fleet of self-driving cars has completed 140,000 miles on the road with only two small accidents—one of them caused by human error.

16  Many high-end vehicles are already partly autonomous, with brakes that activate if sensors indicate an impending crash, steering that prevents drifting, sonar systems that navigate into parking spaces, and cruise control that prevents following the next car too closely.

17  Self-driving cars could improve highway flow by regulating distances between cars and ease urban congestion by automating the search for parking (which causes up to three-quarters of city traffic).

19  The AMC Gremlin, often cited as one of the ugliest cars ever made, pioneered the high-hood, sloping-side-window look ubiquitous among today’s SUVs. Which makes AMC’s Bob Nixon perhaps the world’s most unsung designer.

20  What is the most beautiful car? Good luck getting any two people to agree, but the 1946 Cisitalia 202 GT was the first to be exhibited alongside the Picassos at New York’s Museum of Modern Art. If it does not make your heart jump, check your pulse.