The Romans built ones that have stood the test of time. And they can even entertain us, in a sense 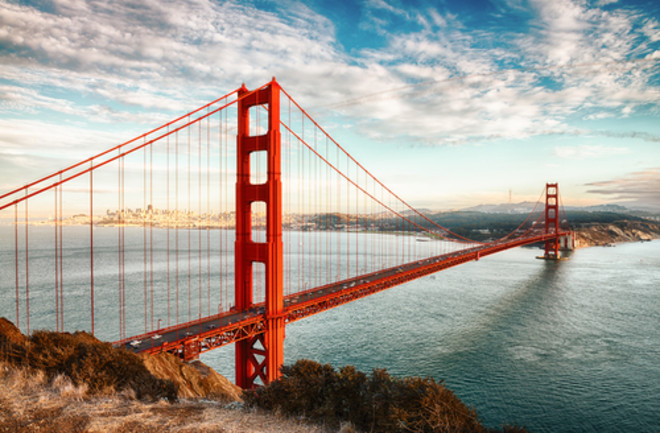 1. The most important bridges on Earth have nothing to do with engineers and masons: Through the ages, land bridges have allowed species to reach new territories. Some are better known than others. Ever heard of the Thulean Route?

2. Also known as the North American Land Bridge (NALB), the volcanic Thulean plateau arose around 56 million years ago. It stretched from Greenland to the British Isles, connecting North America with Eurasia.

3. While we often think of land bridges as animal migration highways, they also help plants disperse. A 2013 study found the NALB allowed hickory, native to northeastern North America, to spread to Europe and Asia.

4. Recent genetic studies have confirmed the first humans to arrive in the Americas traveled via Beringia. The land bridge connected Siberia and North America beginning 38,000 years ago, during the Last Glacial Maximum.

5. Beringia was probably at its greatest size 20,000 years ago, when sea levels were as much as 400 feet lower than they are today. Within 9,000 years of its peak, however, the last dry bits of Beringia slipped beneath the waves.

6. Beringia will rise again! Well, maybe. The land bridge has appeared periodically for the past 70 million years during times of extensive glaciation.

7. Before it was sliced open by a shipping canal in 1914, the Isthmus of Panama united a land mass stretching from the Arctic Circle to subantarctic southern Patagonia. Not united: researchers debating how long the land bridge was around. A 2015 study in Science claims at least 13 million years, but a paper published in August says no more than 3 million.

8. When it comes to bridges we’ve built, even the most elaborate can be reduced to two components: supports and a deck. Among the basic bridge types (beam, arch, truss and suspension), the simplest is the beam. It’s a single deck across two supports, like a plank across a stream.

9. In addition to load — the weight of the deck and whatever is crossing the bridge — engineers worry about the forces of compression and tension.

10. Think about standing at the center of that plank crossing the stream. The plank bows downward from your weight; the top of the plank shortens (compression) while the underside stretches (tension). Too much of either creates a weak area that could leave you all wet.

The Kazarma bridge in Greece may be the world's oldest man-made bridge still in use. Peter Eastland/Alamy Stock Photo

11. Want to stabilize your beam bridge? Try adding trusses. The triangular supports, a common feature of shorter-span railway bridges, give the deck greater rigidity, which dissipates, or distributes, both compression and tension forces.

12. For longer spans, engineers may turn to suspension bridges. The deck is suspended by cables (stretched with tension), which hang from towers (compressed into the ground).

13. Arch bridges, popular since antiquity, are more stable than the beam variety. The entire bridge is under compression, which is dissipated out and down from the center — right into the supports.

14. Bridges need to be stable, but bridges themselves can also provide stability. Disulfide bridges, for example, hold together the different protein chains that make up an antibody. You can think of them as the glue in immunoglobulin molecules, the warriors of the immune system.

15. A different bridge keeps people glued to their seats: the card game. Today’s Bridge evolved from earlier games such as Whist. Some of its predecessors date to the 16th century.

16. The game’s name is an Anglicization of the word biritch, which some historians believe has Russian origins. Its roots may be in Turkey, however, where it was a popular diversion among expats, including Russians, nearly two centuries ago.

17. Some bridges still in use today have even older roots. The sturdily built Pons Fabricius arch bridge has connected Tiber Island to the heart of Rome since 62 B.C.

18. You can thank those industrious Romans for building the world’s oldest reliably dated bridge, too: They erected a stone arch span over the Meles River in Izmir, Turkey, in the ninth century B.C.

19. The Meles bridge is used even now, as is the Kazarma, or Arkadiko, bridge in southern Greece. Built from unworked limestone boulders and rocks, the basic arch, though never conclusively dated, may be from the 14th century B.C.

20. Can’t credit the Romans with this one, though. The 22-meter-long Kazarma is an example of Mycenaean Bronze Age masonry. In your face, Romans!