3-D printing is all the hype these days, but there's a lot about the technology that you don't know. 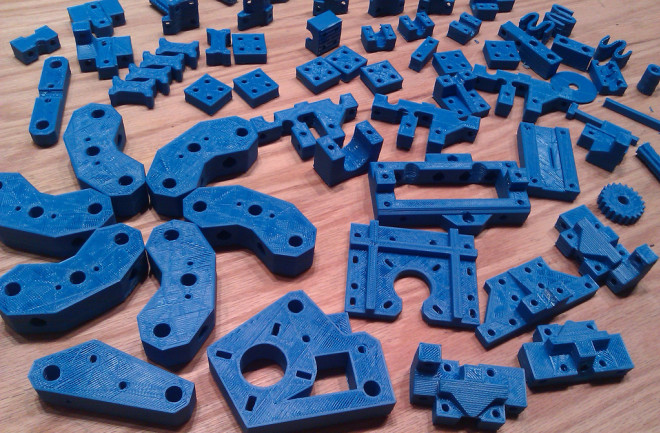 1. We’ve heard so much hype about the wonder of 3-D printers, but they aren’t really printers at all. They’re “additive manufacturers” more akin to Star Trek’s replicators, building incredibly complex three-dimensional objects by spraying materials in successive layers through special nozzles.

2. Unlike Capt. Jean-Luc Picard, you can’t yet order “tea, Earl Grey, hot,” but several foodstuffs are already in testing, including scallops, cookies and burritos.

3. Mmmmm, burritos. Thingiverse, an online community for sharing 3-D designs, has dozens of templates for print-at-home bongs, bubblers and other items that elicit the munchies.

4. From spaced-out to space itself: NASA is sending a 3-D printer to the International Space Station so its crew can build spare parts — a far cry from the 1970 Apollo 13 misadventure when that crew stayed alive by MacGyvering a carbon dioxide filter using duct tape, cardboard and a plastic bag.

5. Speaking of MacGyver, the TV character hated guns, hence his reliance on a pocketknife as sharp as his wits. He would have been dismayed to learn about the The Liberator — a plastic, single-shot pistol made on a 3-D printer — which easily gets past metal detectors.

6. Should you prefer making love, not war, the following will help: The sex toy industry has embraced 3-D printing with such gems as a toy shaped like Justin Bieber. Don’t ask.

7. It’s not only Beliebers rejoicing in their heroic figures. Engineers at Loughborough University in the U.K. used a 3-D printer to rebuild the skeleton of King Richard III.

8. Even more exciting than entire skeletons are individual bones. Replacement jawbones and hips are among the medical uses of 3-D printing.

10. Some emissions come from certain plastics used as printer feedstock. But 3-D printers can use many other base materials: metal alloys, paper and even soil.

12. Or you can buy a printer to make your printer. The RepRap Mendel 3-D printer can build about 50 percent of itself and counting. Can anyone say The Matrix?

13. If this is starting to freak your mind, you’re in good company. President Barack Obama devoted some of his 2013 State of the Union address to the technology, saying it has “the potential to revolutionize the way we make almost everything.”

14. Perhaps Obama got inspired after the White House viewing of the James Bond movie Skyfall. The Aston Martin DB5 that Bond appeared to drive was one of three models created using a 3-D printer.

15. Those DB5s were models. The URBEE isn’t: This hybrid car in development by Kor Ecologic aims to reach over 200 mpg on the highway. The car’s entire interior and exterior will be made with a 3-D printer.

16. First a car, then a house. Researchers at MIT have developed a 3-D material modeled after bone — denser on the outside than the inside, and seriously strong. It could be the next big thing in framing buildings.

18. There’s also cause for old-school audiophiles to party hard. An engineer at the project-sharing site Instructables has figured out how to convert digital music files into vinyl-like LPs.

19. Old wax must also be on the minds of artists at Madame Tussauds. It takes up to six months for a team of artists to create one of the wax figures. Yet a solo American 3-D designer, Dan Roarty, recently created a lifelike, printable 3-D model based on his belated grandmother in a third of the time.

20. If you’d like to extend the believe-it-or-not family portrait theme, you can order a 3-D model of your unborn baby. Several new fetal Fotomats specialize in turning sonograms into sculptures, lending new meaning to the term “prenatal development.”