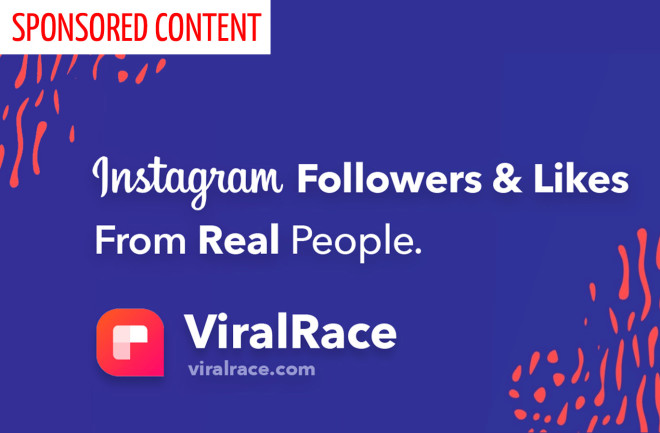 As the most popular social media company to date, Instagram has been a monster force in many of our lives. In many ways, it’s defined what a social media platform should look like in general, as well as absolutely impacted both our relationship with technology as well as one another.

For a platform to leave that much of a mark on society, it’s no wonder that they’ve forever impacted the tech industry. After studying the in’s and outs of its success, ViralRace has put together a few of the ways that Instagram has changed the world of technology forever. Check them out below:

One of the first things that Instagram showed the tech world is what true engagement on a platform looked like. While platforms like Twitter and Facebook had hit-or-miss moments with their audience (where engagement worked in peaks and troughs depending on the current happenings of the time), Instagram has consistently been the strongest platform for engagement in the history of social media.

Not only does this include having people like and comment on photos more, but follow each other more often as well. The most surprising part? This doesn’t look to be slowing down anytime soon.

A big part of why Instagram has stayed so consistently strong with engagement is that they’re constantly introducing new reasons to engage. From the rise of AR filters (more on this later) to adding reactions to stories, there’s a number of different tools they’ve brought along that enable people to get closer to one another. And as long as they keep pushing the envelope, the amount of engagement on the platform doesn’t look to slow down anytime soon.

2. The Rise of Photography

One of the most remarkable changes that Instagram brought about to not only technology but global culture is the rise of photography. While this is partly contributed towards improvements of cameras on smartphones, the market was also driven to innovate better camera parts because of Instagram. Quite simply, the app turned everyone into a photographer, which was evident even in the early days of its use.

By introducing filters, people started to feel more confident in what they could do on Instagram, providing an elementary foundation for photo editing. This made mediocre pictures turn passible, which in turn, made people want to produce more content.

By breaking down this barrier, Instagram made photography much more ubiquitous, and while there will always be professionals out there, this made it tremendously easier for the average person to enjoy taking photos. Leaving an indelible mark upon the industry, this is one of Instagram’s most prideful accomplishments.

3. The Rise Of The Influencer

Finally, the biggest change that Instagram has made in the tech world is the rise of the influencer. Essentially, influencers are voices in mostly niche communities that talk about different products, services, or places, which has become quite the rage in every industry from weddings to fashion.

While you might be thinking it’s easy to just buy Instagram followers and claim yourself to be an influencer, there’s a lot of nuisances that go into branding with this, which also inadvertently led to the rise of personal branding on social. As the new spokespeople for culture, influencer culture is here to stay, providing a medium for people to engage with those they feel are a lot like themselves.

4. Unleashing the Potential of Augmented Reality

Augmented reality was something people had a hard time engaging with until Instagram started to see its true potential. While Snapchat introduced things like Face Filters first, Instagram really took the concept of Augmented Reality and open-sourced its potential to the world via their Story platform. The results have recently started to go viral.

What started out as face filters created by Instagram grew over time to be more and more something creators could grab hold of as well. Eventually, people started to make their own face filters, followed by different animations you could put into your posts (such as a dancing Homer Simpson or flying Bumblebee).

As a fun way of putting more interactive content in your Story, this eventually transformed into now where people are putting up custom quizzes and other displays of content they want to share with their friends. Only in its infancy, AR filters are quickly becoming something big brands have taken notice of as well, with the future of them only getting bigger and bigger.

After removing ‘likes’ from being visible in 2019, Instagram took a huge step forward in trying to help out with the increasing mental health crisis on social media.

Essentially, this removed the social proof that encourages people to not like posts, whereas if they see that not a lot of people have liked something in enough time, then they’re more likely to skip over liking it too out of fear of looking silly as one of the only people. Although it’s a cruel phenomenon, it’s also one that can naturally occur within us, unfortunately. And unless you have the budget to buy Instagram likes, becoming popular on your posts is an uphill battle, which is why removing likes was such a big deal regarding social behavior.

It was smart for Instagram to be one of the first platforms to encourage people to let their guards down when it came to liking other people’s content.

Not only was it causing anxiety for both the content creator and viewer, but it also was encouraging monotony in the type of content being produced, with many users only making things they know other people would like. Instead, people are free to like what they want, living without that subconscious decider on if someone’s content had enough for you to like them back.

Although a little awkward at first, the ability to go Live on Instagram honestly changed the game when it came to content. While they aren’t the first ones to do live streaming, Instagram has been one of the only platforms where going Live has become a forum for content creators and viewers to really connect, as well as partner on live streams together.

Especially as an app native to mobile, people are able to engage a lot more with live content on Instagram more than any other platform, creating an often intimate environment for people to connect in real-time.

Perhaps the biggest groundbreaking change to Instagram was the introduction of the Instagram Story. What’s now spawned into being one of the most popular mediums for delivering short, quippy content, Stories have been a smash hit, and despite it taking the same formula as Snapchat (which, to their credit, Instagram admitted ripping from the jump and thanked Snapchat for creating), IG has really been the platform to take off and run with it.

What’s made Instagram Stories so successful is the lack of commitment to it over a post. Quite simply, if someone wants to skip over your Story, it’s not the end of the world, however, with posts, there’s a little bit more weight behind it.

As an excellent medium to break out of your shell and post more (as well as see what works amongst your audience), Instagram Stories have become the go-to for day-to-day content.

8. Pump Up The Music

While we all remember the days of having a song blasting on a MySpace page upon entry, Instagram completely changed the game for the relationship between social media and music.

After partnering with the music streaming service Spotify, Instagram was able to start embedding popular songs into Story posts, which opened up the floodgates for people to apply different songs to different situations, being able to add context to something happening in real life. The community responded well, with Instagram now becoming a great music discovery platform as much as it as a means of putting music to content seamlessly.

An underrated feature of Instagram, their tagging system is one of the best in the game. Enabling you to find out what’s happening via location or profile, looking into something you’ve been curious about has never been easier. In particular, location tagging started to shed light on the practicals of our day-to-day, including what restaurants we should eat at or how an event turned out, which in turn led to taking over the market share for companies like Foursquare.

Now known as a go-to for discovering new food spots and events, tagging on Instagram has grown to hold a lot of influence in aggregating content, more so than any other tech platform.

10. An Upsoar in Meme Culture

No platform has had more memes posted to it than Instagram. Although at times controversial, meme culture is an embedded part of our digital identities now as a staple voice in the tech world. Despite how much outsiders might think memes are just stupid internet jokes, there’s a lot to say about the type of commentary they deliver to the mainstream.

Often times, a meme format is considered a moment in pop culture history, highlighting an inside joke that practically everyone can be a part of...where this inclusivity has completely changed our relationship between culture and technology.

With Instagram, meme accounts are practically the new media companies for comedy. Just look at the success of Daquan Gesese (a meme account geared towards Millenial and Gen Z users with nearly 14 million followers), the card game What Do You Meme?, and even a tequila brand called JaJa Tequila. The scale that meme accounts can grow to now is no laughing matter and one that continues to grow as one of the most influential voices on the internet today. Learn more at ViralRace.com.