The frog that started it all. 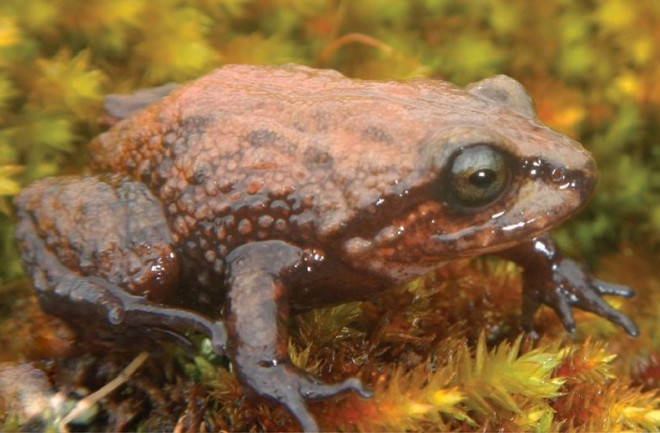 Sir David Frederick Attenborough, OM, CH, CVO, CBE, FRS, FLS, FZS, FSA, is the best. That sounds like an opinion, but it's pretty much objective fact at this point. The British broadcaster and naturalist has been narrating the wonders of the natural world for over 50 years now, traveling to almost every country on Earth to do so.

His crowning achievement is a massive documentary series known simply as the Life collection. Thirteen separate series filmed over the course of 20 years take on the entirety of life on Earth (and maybe in the universe, who knows), and do a pretty damn good job of it too. It's the gold standard for nature documentaries — for a breakdown of all 79 episodes, check out Ed Yong's labor of love here.

Planet Earth, the BBC's epic, award-winning take on Earth's wildlife, and the first ever to be filmed in high-definition introduced a whole new generation to our blue marble, and, more importantly, to David Attenborough. (No offense to Sigourney Weaver, but the British version is far superior).

Whether he's reverently recounting the singing prowess of the Lyrebird or just hanging out with a polar bear, Attenborough chronicles planet Earth with warmth, wit, humility and keen-eyed observational skills. He's inspired a generation (and probably more) of biologists, ecologists, and simple nature lovers to explore and protect the bounty of life that teems across our world

And they've paid fitting tribute. There are well over a dozen species and genera named in honor of David Attenborough, encompassing everything from carnivorous plants to echidnas to Mesozoic reptiles.

In the spirit of the great man's life and work, I'd like to introduce the world to his many namesakes. Look back every week (or so) for another species enshrined in the scientific literature that proudly carries the Attenborough name.

I'm going to start off with a little tree frog from Peru. Attenborough’s rubber frog, Pristimantis attenboroughi, was reported just this year by a pair of scientists in the U.S. It's tiny, less than an inch long, and lives up in the Peruvian highlands. It actually looks much like another frog species from the region, and it took a genetic comparison to sort the whole thing out. It doesn't produce tadpoles, like most frogs do; the females instead closely guard clutches of eggs until they hatch.

Though some of its habitat is protected, the frogs are probably in trouble, the authors write, threatened by fungal infections, climate change and man-made fires. Attenborough himself was reportedly "thrilled" to hear about the frog's discovery and naming, reports The Independent. The frog reminded him of a tree frog he himself had as a child, he says.

Bonus Attenborough fact of the week: There is a Facebook page dedicated to just his voice. It has over 115,000 likes.