Born with a silver watering can in its mouth. 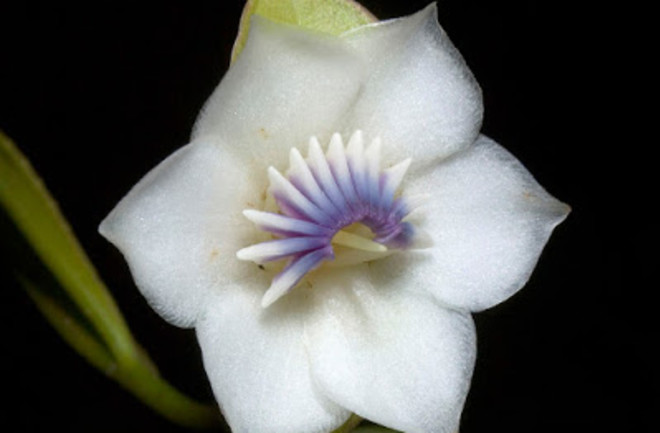 We begin our lives as, really, parasites. A baby may bring some joy into the world, but it's not contributing much beyond that. It takes feeding, cleaning, protecting, teaching and money to polish a human being into something approaching societal worth.

True epiphytes are plants that live their entire existence attached to other plants. This includes most mosses and orchids; plants that do not root themselves in soil but instead choose to anchor themselves directly onto trees that have already done the hard work of putting down roots. I should mention that it's not actual parasitism, though, as epiphytes don't directly steal resources, they just take advantage of their surroundings like true entrepreneurs.

In any case, hemiepiphytes start out their lives in the tender bosom of another plant like epiphytes do, but they don't stay long. As hemiepiphytes mature, they stretch roots downward, burrowing themselves into the soil and ensuring an independent source of nutrients. And B. attenboroughi makes the most of its admittedly privileged upbringing. The shrub produces beautiful white flowers with a delicate curl of lavender anthers gracing the middle like a spiral staircase. A little headstart can go a long way.

David Attenborough and his flowering shrub.

While the species is a bit more delicate than its hardscrabble neighbors in the rainforest — those born without a silver, uh, trowel in their mouths — it may not be all that safe, either. It's been found so far just in an ecological reserve fairly high up in the mountains — rarefied territory to be sure, and if the shrub is found elsewhere, it could likely be in danger. Indeed, Sir David has had a more than passing influence on the species' existence; the authors named the flowering shrub for the naturalist in part as a way of saying thanks for his fundraising efforts on behalf of the reserve.

If B. attenboroughi has anyone to thank for its continued success, perhaps it's actually David Attenborough.

Bonus Attenborough Fact of the Week: