Your DNA Can Be a Truly Unique Fashion Statement 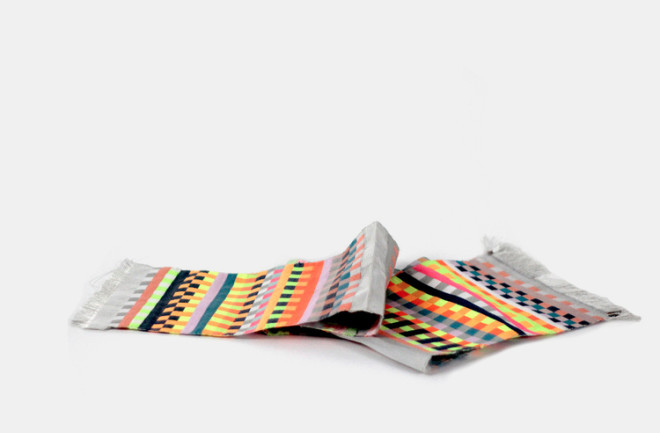 Dot One uses an algorithm to turn your DNA into a one-of-a-kind, tessellated design that can be reproduced on a scarf or poster. (Credit: Dot One) A company in the United Kingdom has devised a surefire method to make a fashion statement no one else can imitate. Genetically speaking, humans are pretty much the same — 99.9 percent of our DNA is identical. It’s that remaining 0.1 percent that makes each person stand out from the 7.4 billion other people sharing the planet. And Dot One, a company founded by London-based designer Iona Inglesby, has turned that small fraction of our genetic code into a design that’s as unique as you are.

Although we share most of our DNA with others, there are inherited regions of our DNA that vary from person to person. These variations in DNA sequences between individuals are called polymorphisms. Dot One focuses on a class of polymorphisms called Short Tandem Repeats (STRs), or short, repeated sequences of DNA. The number of repeats in STRs is highly variable among humans, which makes them useful for forensic investigations.

After you submit a cheek swab sent to you from Dot One, your cells are shipped over to the company’s partner lab, AlphaBiolabs, for testing. There, lab technicians examine 23 different STRs from your sample to build your genetic fingerprint. After this, Dot One uses an algorithm that assigns a number that corresponds to a specific color for each of your STRs. The end result is a tessellated, multicolored pattern that is uniquely yours.

With Dot One, you can take your DNA mosaic and have it knitted into a scarf ($460) or printed on a poster ($206). You can also contact Dot One directly to order a tartan or family tree, which maps gene inheritance from one generation to the next. Due to their popularity, you won’t be able to order your scarf until Jan. 15. It’s a small — relatively speaking — price to pay for a fashion accessory that truly reflects who you are.