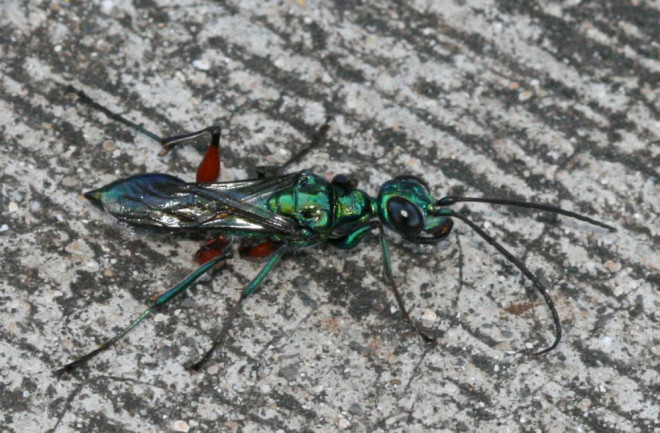 May he rest in peace. Photo by Christie Wilcox

Side view showing caterpillar underneath his spun coffin. Photo by Christie Wilcox

So remember — whether you spend tonight trick-or-treating, competing for the best costume, or cuddling on the couch watching horror movies, there are real zombies on this planet every day. Just be thankful none of these species have found a way to turn us into the walking dead... y