You Can Force Birds to Be Friends, but It Won't Stick 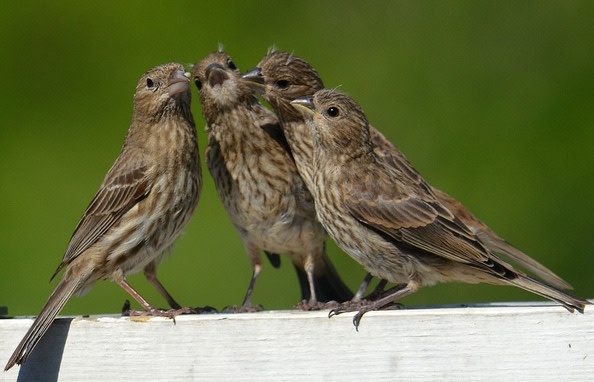 As anyone who's made valentines for a whole elementary-school class knows, kids are often pushed into social groups not of their choosing. Scientists tried the same thing with wild birds and found it pretty easy to coax them into new cliques. The birds hung out with their new social circles even when they didn't have to. But once the experiment ended, those friendships dissolved faster than a candy conversation heart. To create new social groups in birds, researchers essentially controlled which lunch tables they could sit at. Josh Firth and Ben Sheldon of the University of Oxford were studying wild birds in an English forest. As part of an ongoing experiment, there were feeders full of sunflower seeds set up throughout the woods. The birds came to the feeders in mixed-species flocks: great tits, blue tits, coal tits, marsh tits and nuthatches. Then all of a sudden, the birds found that some of these feeders had turned hostile. Six of the normal bird feeders disappeared. In their place were pairs of feeders with locked doors. The scientists had banded the birds with transponder anklets, and each bird had a randomly assigned numerical ID. Antennae on the locked feeders read these tags as the birds alit. At each site, one feeder in the pair would open its door only for birds with odd-numbered tags. The other opened only for even-numbered ones. The birds, which were used to eating sunflower seeds wherever they wanted, could now eat only at certain feeders. And no matter which other birds they'd hung around in the past, now they dined with other odd-numbered or even-numbered individuals. "The shift in the social associations was overall very strong," Firth says. Flocks at the locked feeders were about 80% birds of the same tag type. Firth and Sheldon wondered whether these new social groups would carry over into the birds' other interactions. To test the stickiness of the cliques, they set up temporary feeding spots—without locked doors—and monitored which birds dined there. They also used the transponder tags to check on the birds that visited nesting boxes in the area. Even at the stations where anyone could eat, the engineered social groups carried over. "Flocks [at unlocked feeders] would usually be strongly biased in one direction," Firth says, either even- or odd-tagged. "The same was true for birds checking out nesting sites together." In other words, birds stuck with their new social groups even when they didn't have to. Flocks contained about six birds on average, Firth says, and each of these little social groups was mostly birds of the same tag type. "I think the basic message is that individuals which are forced to be together in one social context also stick together in other social contexts," he says. Why did the birds accept the scientists' social engineering? Individuals that dine together might cling to the same core group as they move through the woods, Firth says. Or they might just recognize birds they've eaten with and choose to stay near these familiar faces at other times. Even a forced friend might be more appealing than a stranger. After three months of locked feeders, the scientists swapped the normal feeders back in and watched what happened. It took less than a week for the new friend groups to disband. Odd and even birds were evenly mixed once more. The scientists learned that it's not hard for humans to influence the social lives of birds. But as soon as we butt out, the animals will go back to their normal social structure. Those Disney valentines may help keep the fifth-grade class on good terms—but once they get to middle school they'll do what they want. 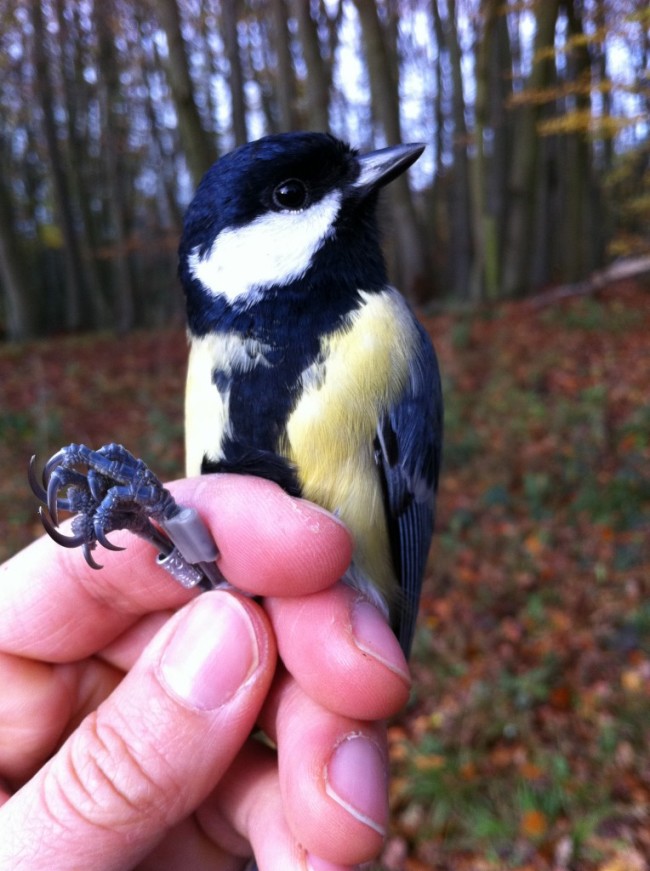