Yes, Scotch Whiskey Is Better With a Splash of Water 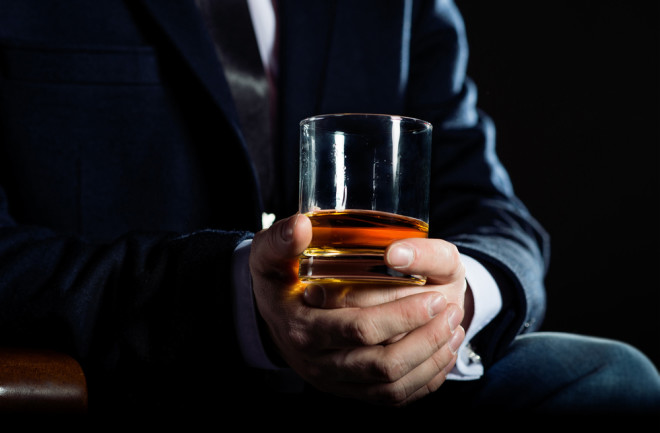 (Credit: Shutterstock) A true Scotch drinker doesn’t pour an aged Macallan in order to, as less refined revelers might say, “get the party started.” Quite the contrary, the seasoned aficionado attends to certain norms and customs before imbibing, not unlike a traditional tea ceremony, in a nod to enlightenment, restraint and discernment—the finer things. The experts recommend pouring Scotch into a tulip-shaped glass to swirl the matured flavors. Sip, but never gulp, as that would be heresy to the history that’s sloshing around in your cup. And it is generally considered poor form to add ice; instead it's better to add a splash of water to enhance the overall experience. These seem like formalities meant to winnow the amateurs from the seasoned drinker, but science shows there’s a reason for this coordinated act—especially adding that splash of water.

Bjorn Karlsson and Ran Friedman of the Linnaeus University Center for Biomaterials Chemistry recently set out to explain why the splash of water seems to work. The finest Scotch whiskies are known for their rich, smoky flavors. These signature notes are the product of phenols, or aromatic chemical compounds, in the whiskey. A particularly smoky phenol, guaiacol, is found in higher concentrations in Scotch whiskies than in American and Irish ones, because the malted barley used in the fermentation process is smoked over a peat fire. Guaiacol also happens to be active compound in an oral anti-cough medication. Karlsson and Friedman narrowed their focus to the interplay of three primary ingredients in Scotch whiskey: water, guaiacol and ethanol. Then, they ran simulations that modeled the molecular composition of whiskey when the concentrations of these “big three” ingredients varied. Ethanol, they discovered, grabs onto guaiacol molecules and clusters them together in clumps. When Scotch is distilled, ethanol concentrations reach 59 percent, and the aromatic guaiacol compounds are stuck to their partners throughout the liquid’s volume. Whiskey is then diluted, to roughly 40 percent, before it’s bottled, which causes ethanol to accumulate near the surface accompanied by guaiacol. When ethanol levels are diluted to 27 percent—say, when a Scotch drinker adds that splash of water—ethanol and guaiacol aerosolize, and those fragrant compounds waft into your nose. Taste and smell, of course, go hand in hand, so it appears the right amount water will indeed enhance the flavors. However, there is a fine balance, as the authors write, “between diluting the whiskey to taste and diluting the whiskey to waste.” Too much dilution, and you lose that aerosolizing affect.

Gently sloshing Scotch in its glass jostles the other phenols in the liquid loose, further enhancing its aroma. And that tulip-shaped glass is designed to funnel those molecules into the nostrils where they are needed most. Put it all together, and these routines maximize the flavor in each sip—after all, some of the finest whiskies retail for hundreds of dollars. Every whiskey is chock full of its own variety of aromatics and compounds that are unique to the location and manner in which it was bottled. Therefore, the optimal dilution will vary. And, to broaden our scope of spirits, researchers say, gin, rum and brandy can all be further enhanced with a little chemistry.