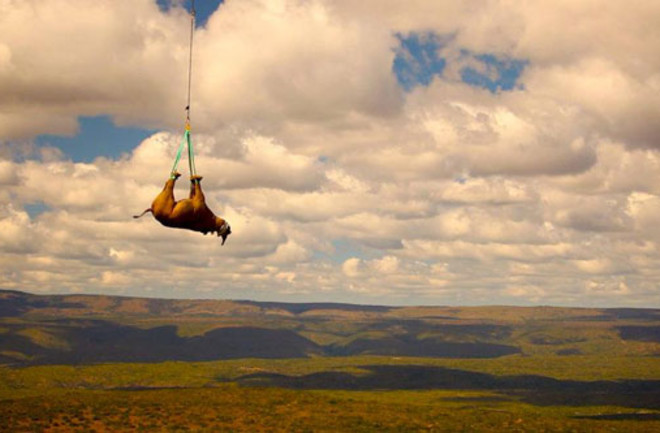 Black rhinos are bulky, earthbound animals---but lately, the lumbering pachyderms have taken part in some pretty impressive aerial acrobatics. Nineteen of the endangered rhinos have taken thousand-mile trips across South Africa while dangling upside down from helicopters. The WWF's Black Rhino Range Expansion Project was moving the animals away from poachers and into larger, safer habitats. The safest, shortest mode of transport, in a region with bumpy roads and no jet-ready runways, turns out to be suspending tranquilized, blindfolded rhinos by the ankles from a chopper---Mafia-style. You can watch the rhinos flying through the air (and hear more about the project) in this video: Next up: skydiving elephants? [via New Scientist]