World's Deepest Known Animal: Worm That Lives Under Almost a Mile of Rock

Researchers dubbed it "Halicephalobus mephisto," from the Greek for “he who loves not the light.” 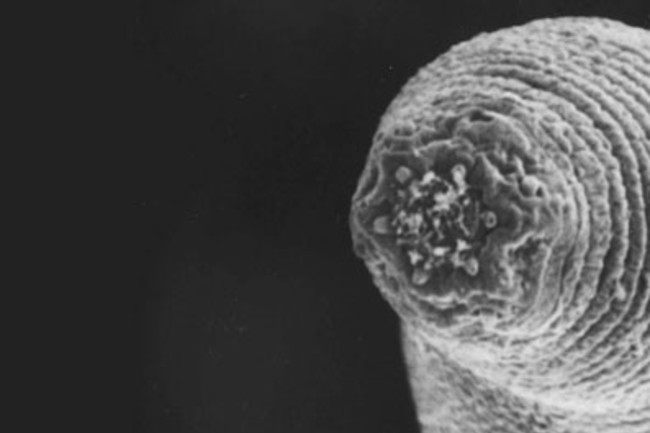 When it comes to indestructible species, the cockroach is a kitten compared with the nematode. Nematode worms thrive in desert, mountain, and ocean environments. Nematodes aboard the space shuttle Columbia even survived after the spacecraft disintegrated during reentry in 2003. Now Belgian biologist Gaetan Borgonie has discovered a new species of nematode in a rock fracture nearly a mile underground, where no other animal has ever been found.

Earth’s first few miles of bedrock teem with life, but scientists had long assumed that only simple, single-celled organisms could survive there. Borgonie teamed with Tullis Onstott of Princeton University to prove that assumption wrong. For a year they made intermittent descents to sample the Beatrix gold mine in South Africa, funded by their own savings. Finally, in late 2008, Borgonie looked into a microscope and saw a worm with a broken tail squirming across the slide. “I became an ICU nurse, looking every few hours to make sure she was still alive,” he says. “She laid 12 eggs before dying.”

Now they plan to expand their expedition to find other animals lurking in the depths.