World’s 2nd deadliest poison, in an aquarium store near you 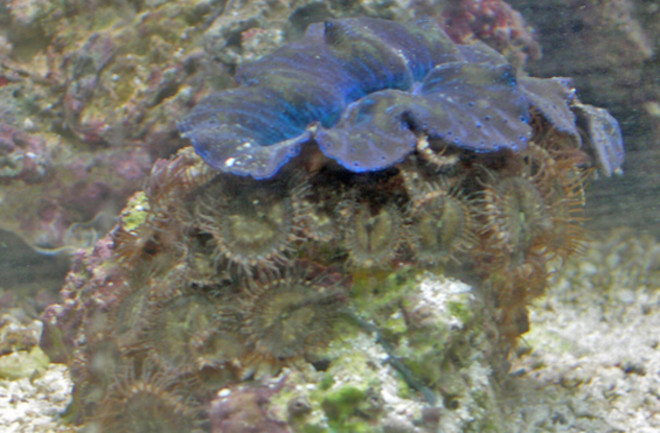 In 2007, a man from Woodbridge, Virginia was rushed into hospital after inhaling an aerosolised version of one of the deadliest poisons on the planet. He was not the victim of a terrorist attack. He wasn’t working in a biohazard laboratory. He was trying to clean out his fish tank.

The man, who posts on the Reef Central Forums as Steveoutlaw, was trying to get rid of a colony of zoanthids – a relative of corals and sea anemones – that was infesting his aquarium rocks. He had heard that boiling water would do the trick. When he tried it, he accidentally inhaled some of the steam.

Twenty minutes later, his nose was running and he had a cough. Four hours later, his breathing was laboured and he was headed to the emergency room. By the time he arrived, he was suffering from severe coughing fits and chest pains. He was stabilised, but he developed asthma and a persistent cough, and had to use steroids and an inhaler for at least two months.

The reason for his sudden illness was palytoxin, a speciality of zoanthids, and the second deadliest poison in the natural world. One gram of the stuff will kill more than a hundred million mice. This poison, liberated by the boiling water, had risen into Steveoutlaw’s airways in a cloud of steam.

Palytoxin is shrouded in legend. Hawaiian islanders tell of a cursed village in Maui, whose members defied a shark god that had been eating their fellow villagers. They dismembered and burned the god, before scattering his ashes in a tide pool near the town of Hana. Shortly after, a mysterious type of seaweed started growing in the pool. It became known as “limu-make-o-Hana” (deadly seaweed of Hana). If smeared on a spear’s point, it could instantly kill its victims.

The shark god may have been an elaborate fiction, but in 1961, Philip Helfrich and John Shupe actually found the legendary pool. Within it, they discovered a new species of zoanthid called Palythoa toxica. The limu-make-o-Hana was real, but it wasn’t seaweed – it was a type of colonial anemone. In 1971, Richard Moore and Paul Scheuer isolated the chemical responsible for the zoanthid’s lethal powers  – palytoxin. Now, Jonathan Deeds from the US Food and Drug Administration has found that the poison is readily available in aquarium stores.

Deeds was investigating a case of palytoxin poisoning when he heard about Steveoutlaw’s unfortunate incident. He visited the man, collected a sample of the offending zoanthid, and found that it was indeed heavy with palytoxin. It wasn’t hard to get his hands on more. Deeds bought 15 more colonies from three aquarium stores in the Washington DC area, of the same species that gave Steveoutlaw his whiff of toxic steam. Three of the samples yielded even more poison. Every gram contained enough palytoxin to kill 300,000 mice, or around 80 people.

Unfortunately, Deeds has no clear message for aquarium owners. Some of the zoanthid species that he tested weren’t toxic at all, and indeed, many people claim to have handled zoanthids for years without problems. However, those that contain palytoxin can kill if even a small amount of the poison gets on the skin. And, as Steveoutlaw found, even breathing in an aerosolised version of the poison is a bad idea. The problem is that telling zoanthids apart is incredibly difficult – Deeds only did it with any degree of certainty using genetic analysis.

And tracing the origins of these animals isn’t easy either. One of the aquarium owners who Deeds visited said that he got his zoanthids through mixed containers of corals and rock fragments, known as “frags”, with no information about their origins. The animals can be accidentally introduced on unsuspecting rocks. And many aquarium owners will break the rocks up themselves and exchange them between friends.

As Deeds wrote, “the legendary limu appears to be exacting its ancient curse once again, but this time upon unsuspecting marine home aquarists.” Owners are “often unaware  of the deadly poisons they are being exposed to”.

PS Venom enthusiasts know that the potency of poisons is measured using the LD-50 – the dose that will kill half a group of mice after a set time. The most venomous snake has an LD-50 of 25 micrograms per kilogram of body weight. For tetrodotoxin, the equivalent figure is 8 micrograms. For batrachotoxin, the poison from the skin of poison dart frogs, it’s 2-7 micrograms. For palytoxin, it’s 0.3 micrograms (or 300 nanograms).