World Population Won't Stabilize This Century After All 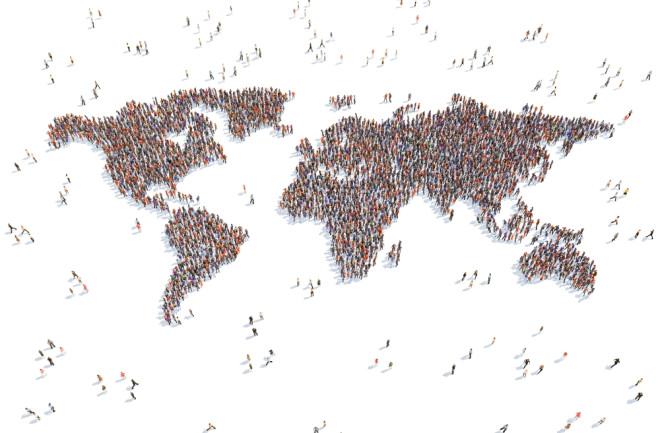 The Problem of Projections

One of the landmark studies on population projections came in 2001, in which researchers projected that the world’s population would stop growing before the century was out. In 2012, a report from the United Nations tempered that projection, pointing to a stabilization point sometime after the year 2100. But these UN projections have drawn criticism from other population researchers, mainly because they’re a little clunky. For example, the UN gets its “high” and “low” predictions by adding or subtracting half a child from the mean fertility rate it projects — not exactly a precise formula for predicting the probability of population growth in individual areas.

And according to Patrick Gerland, a senior analyst at the UN’s Department of Economic and Social Affairs, there’s an even more significant problem with these projections: They depend on the false assumption that fertility rates in Sub-Saharan Africa will decline as the continent’s growing population gets more and more densely packed together.

This UN assumption is based on data from the 1970s population booms in Asia and South America, where fertility rates grew rapidly, then began to decline, then stabilized around an average of 1.5 to 2 children per woman. But while that may have been what happened in the past, Gerland says, it’s not an accurate representation of what’s happening with the Sub-Saharan population right now.

Although it’s true that fertility has been declining in Africa over the past ten years, it’s only declining at one quarter the rate it did in Asia and South America in the ’70s. That means the African population is likely to continue to grow much more rapidly than populations in other areas of the world — a fact, Gerland says, that the UN predictions don’t account for.

There are three reasons for Sub-Saharan Africa’s lower-than-expected rate of fertility decline: First, studies have found that social norms throughout the Sub-Saharan region idealize the average family as having 4.5 children — higher than family-size ideals in other parts of the world. Second, the supply of contraception in the Sub-Sahara has remained far below the demand for years. And third, improving medical conditions mean the spread of HIV has been slowed throughout the African continent.

Gerland and his research team used all these facts to construct a new mathematical model. The newer forecast uses Basyesian statistical methods — a first for the UN reports — to combine government data and expert forecasts for such things as mortality rates, fertility rates and international migration. According to this model’s results, there’s an 80 percent chance that the world population will increase from its current 7.2 billion to somewhere between 9.6 and 12.3 billion by the year 2100. The results are published this week in the journal Science.

These new projections bring some obvious concerns. The environmental impact of a growing Sub-Saharan population could be problematic — not only for the continent itself, but for other world regions such as China, which provides increasing amounts of infrastructure and other material resources to developing Sub-Saharan nations.

Although Gerland’s projection may sound sobering, the fact that it’s arrived so early in this century may mean there’s still time to stabilize the situation. The researchers suggest upping investment in Sub-Saharan girls’ education and in reliable contraception, which could help stabilize the region’s family sizes around a more typical international standard of 1.5 to 2 children per woman.

If an intervention like this can succeed, Sub-Saharan countries with high fertility rates may be able to achieve modern population sizes quickly without putting too much strain on the environment — and in a world where people on all continents contribute to the global economy, that could benefit growing populations everywhere.