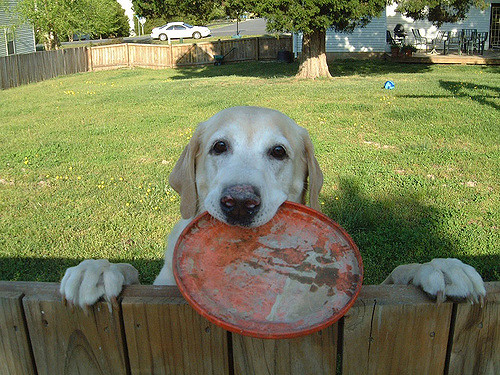 "Who wants to generate some DATA??" are probably not words you've ever said while taking your dog's leash and tennis ball from the closet. But thanks to videos of people playing with their dogs, scientists now know what words you are likely to use. They also discovered how women's tussling and tug-of-war are different from men's—and what the professionals do better. The scientists are Alexandra Horowitz and Julie Hecht of Barnard College's Dog Cognition Lab. They asked members of the public to send them videos of playtime with their dogs. The researchers ended up with 187 videos from dog owners in 19 different countries. The humans in the videos ranged from 8 to 75 years old. Analyzing the videos, Horowitz and Hecht saw all the classic types of dog play: roughhousing, chasing, fetch, tug-of-war. They also saw some more innovative techniques, like using a laser pointer. The researchers transcribed everything humans said on these videos. Then they built a list of the 35 most-used words by people playing with dogs:

They also looked for differences in how people in the videos interacted with their pets. They saw that women were more likely to touch the animals while they played with them. Half of the male dog owners were totally hands-off during play, but this was true of only one-third of female dog owners. Many of the citizen scientists who opted to send in videos also said that they worked with dogs professionally. These people—trainers, vets, groomers, breeders, dog walkers and so on—accounted for 48 of the 187 videos. When Hecht and Horowitz looked for differences between the professionals and the non-professionals, they found that pros stayed closer to their pets while playing. These owners spent more time in close proximity to their dogs, and more time face-to-face. The science of people playing with their pets could have practical applications—and not just for the manufacturers of Frisbees and laser pointers. As more dogs are trained to become specialized helpers and companions to humans, a better understanding of how canines and their owners interact would be useful. Aside from vocabulary and physical habits, the researchers in this study were also interested in mood. They pored over the videos to analyze the apparent attitude, or "affect," of both humans and dogs. They found that owners who seemed to be having an especially good time touched their dogs more, stayed closer, and moved around more while they played. On the other hand, the researchers didn't get much information out of the dogs themselves. That's because dog moods didn't really vary, they explain: "Dog affect was overwhelmingly positive." 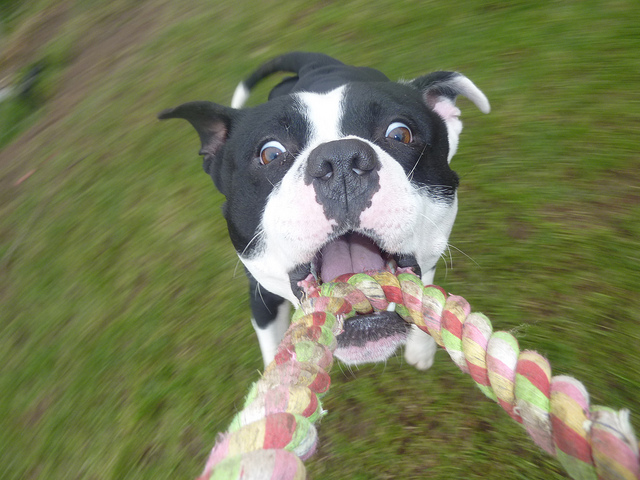