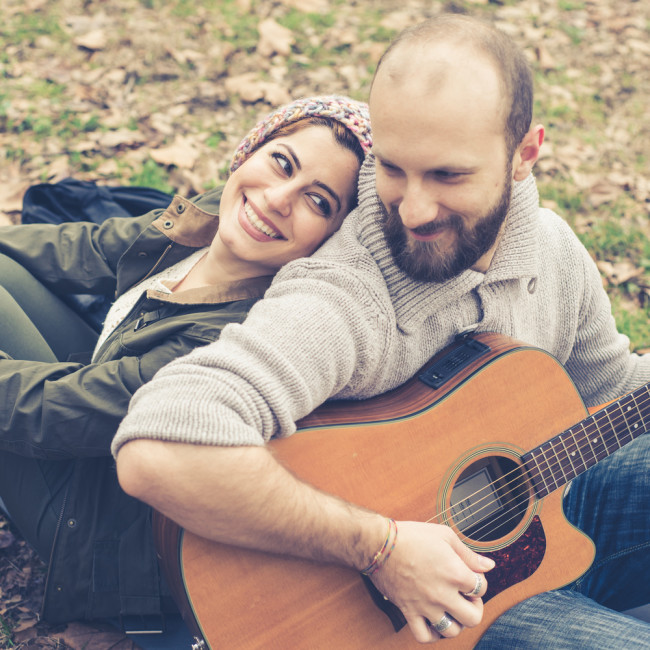 “Where words fail, music speaks,” wrote the Danish fairytale author and poet Hans Christian Andersen in the 19^th century. Around the same time, over in England, the more practically-minded Charles Darwin was wondering what purpose music served, evolutionarily speaking. He knew that neither birds nor humans need it for survival, but maybe, he thought, it plays a role in sexual selection. Did we first begin breaking out in song to “charm the opposite sex,” as Darwin put it? Very likely so, according to a new study by British researchers. Not only can music help men attract mates, the more complex the song, the greater the composer’s chances of getting a woman to sleep with him.

Psychologist Benjamin Charlton of the University of Sussex divided 1,465 female participants of child-bearing age into two groups, according to where they were in their menstrual cycle: Those with the best chance of conceiving went into one, and those unlikely to conceive were placed in the other. (Charlton screened the women to make sure they weren’t pregnant or using contraception.) Then the women listened to four versions of two different piano melodies, each increasing in complexity. For example, at level one, both compositions used only two chords, but by level four, they turned into a seven-chord mini-opuses with syncopation. The women were asked which of the composers they’d prefer as a short-term sexual partner, and which as a long-term partner in a committed relationship. Highly fertile women overwhelmingly chose the aspiring Mozarts for a brief fling, while the other group was almost equally divided between the musicians. But in considering them for a more serious, long-term relationship, both groups showed only a slight preference for the writers of the more elaborate songs.

“These results suggest that women may acquire genetic benefits for offspring by selecting musicians able to create more complex music as sexual partners,” Charlton concludes in the paper

, published this week in the Proceedings of the Royal Society B. He notes that music likely evolved for other reasons too, such as strengthening social ties. But the study affirms that sexual selection played a role, just like Darwin thought. And the more that women favored musically sophisticated men, the more complex music became over time, the study suggests. Many a male musician will admit that he first picked up his instrument to get girls. Evolutionarily, it seems, they were onto something.