Ancient DNA can reveal much about the genetic history of Africa because it predate major events like slavery and colonialism, which upended African populations and territories. 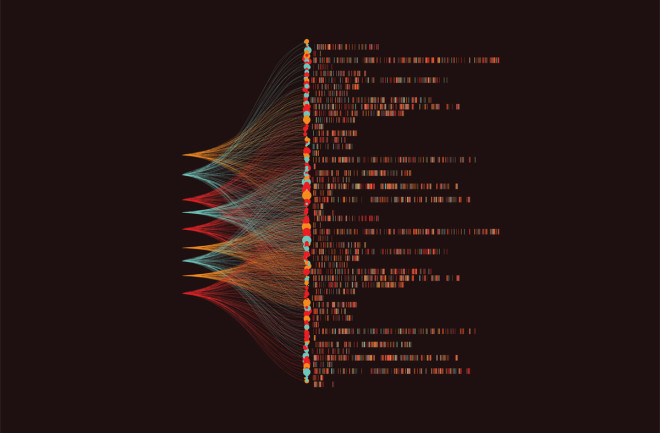 In 2010, extraordinary circumstances allowed geneticists to reconstruct the first full genome of an ancient human: the DNA came from a hairball, frozen 4,000 years in Greenland soil. Since then, methods have improved so much in cost and efficiency that individual papers now report genomic data from hundreds of dead people (here, here, here). Ancient DNA (aDNA) has now been published from well over 2,000 human ancestors, stretching as far back as 430,000 years ago.

But around 70 percent of those sequences are from Eurasia, where cold temperatures favor DNA preservation and considerable archaeological research has occurred. For researchers interested in the genetic history of Europe and Asia, there are plenty of excavated skeletons, sitting in museums and other collections, and there’s a good chance those bones hold appreciable DNA.

The situation is different in Africa — the place where Homo sapiens originated some 300,000 years ago and has continued diversifying ever since. Despite Africa’s prominence in the human story, so far only 30 ancient genomes between 300 and 15,000 years old have been published from the continent.

Part of the reason is methodological and environmental: Hot, humid conditions destroy DNA in human remains, long before geneticists attempt to extract it. However, in 2015 scientists showed that aDNA preservation can be 100-fold higher in the petrous — dense bone surrounding the inner ear — than other skeletal parts. In 2018, researchers used this bone to recover the oldest African genomes yet, from 15,000-year-old skeletons excavated from a cave in Morocco.

It’s unlikely geneticists will capture much older African DNA than that. So, the petrous find is a “game changer,” not a miracle maker. But bones between 5,000 and 15,000 years old — surrounding the start of the Holocene, our current geologic epoch — can reveal much about the genetic history of Africa. That’s because they predate major events that upended African populations and territories. These include the slave trade and colonialism. Earlier still, there were major migrations within Africa linked to the spread of herders and farmers, starting around 5,000 years ago.

“What we see is this huge amount of noise from the past 5,000 years,” says Elizabeth Sawchuk, an archaeologist who works in East Africa.

DNA from Holocene remains would allow researchers to peer beyond this noise, to glimpse the genetic map of Africa prior to agriculture and historical migrations. And now, it’s technologically possible.

Yet there’s reason to pause, as ancient DNA studies receive criticism. Archaeologists and historians accuse geneticists of making sweeping claims based solely on DNA data, without considering the centuries of evidence and scholarship accumulated by other fields. Ethical concerns have also been raised about taking skeletal samples out of Africa and into Western laboratories for the destructive process of genetic sequencing. Moreover, the results may fuel ancestry claims over territories or cultural heritage, and therefore affect living people who did not consent to the research.

In this context, some scientists are proceeding with caution, and a number of African aDNA projects are underway. One of the largest is led by Sawchuk, archaeologist Mary Prendergast and geneticist David Reich, who runs the aDNA laboratory at Harvard Medical School.

Discover talked to Sawchuk, a post-doctoral researcher at Stony Brook University, about the potential risks and rewards of African aDNA.

Why is African aDNA important?

It’s where our species evolved, where we’ve been the longest. And as a consequence, Africa has the highest genetic diversity of anywhere else on the planet. It potentially is going to tell us the most about our species, but it’s an area that we know the least about.

Largely because of underfunded research. Africa is very expensive to go to. The continent is humongous. Areas are inaccessible for geographical, environmental and political reasons. As a result there are fewer skeletons and archaeological sites identified for this huge area and huge period of time. [Also aDNA] preservation is bad because high heat, humidity and water destroy the organic content of bones. Getting aDNA out of this continent was regarded to be something we would all love to do, but nobody could do.

Now that it’s technologically feasible, why should researchers be cautious?

Human remains are the only direct link we have to the past. We have far fewer skeletons in Africa than other parts of the world, so every skeleton is incredibly precious. That puts a really big burden on these genetics projects in terms of how much material they’re sampling, how many sites they’re sampling, if they’re sampling all of the sites.

There’s a fundamental tension: You don’t know which skeletons and sites will have aDNA preserved, so you just have to try them all. But if we try them all now, in 5 years, 10 years, 15 years, 50 years, the science might be completely different, and we may have limited ourselves in the future. So it’s a tight line to walk.

What are some concerns of present-day Africans?

Across a continent as big of Africa, [countries] with individual, imposed colonial histories have very different ways of approaching their own national heritage. Transporting material outside of Africa to a clean room — so we can minimize contamination and maximize the chance of getting a sequence — that kind of parallels a lot of the colonial justifications for removing artifacts out of their countries of origin to better funded European or American institutions. So there needs to be a lot of sensitivity about how human remains are approached, sampled, processed, and eventually returned.

How has your project been responsive to these concerns and other criticisms of aDNA research?

It’s taken a lot longer compared to other genetic projects to start — to get the permissions, to really get everybody on board, and to do this right. It just takes time, face-time. People who can go there, propose this research, bring on African collaborators in a senior role, and then do this project going forward together.

Many of the criticisms of other DNA projects are that it’s DNA first, Anthropology second. This was really an Anthropology first project. It’s driven by questions that myself and many other anthropologists have been asking for decades, but integrating this new line of evidence, DNA.

It’s absolutely really exciting that we might have this new line of evidence, but DNA will not be the magic key to all of these answers. It’s not to the exclusion of decades and hundreds of years of pottery studies, ancient tool studies, landscape archaeology, ethnographies. These are all just pieces of a puzzle that we need to put together. This is always going to have to be an interdisciplinary effort, where we work with other types of scientists and we work with local communities.

This is so exciting. We just have to make sure that we do it right, right now.

What have you found so far?

We’ve sampled from institutions in Tanzania and Zambia and Kenya. This will be one of the largest African DNA studies to date when it comes out. It’s blown my mind. I hope it will blow many other peoples’ minds.