Will we ever have a fool-proof lie detector? 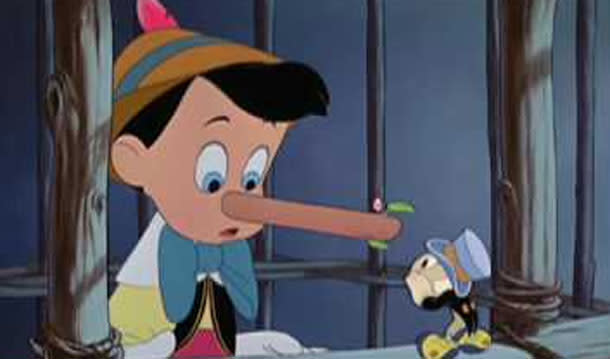 Here’s the fourth piece from my new BBC column

In The Truth Machine

, a science-fiction novel published in 1996, scientists invent a device that can detect lies with perfect accuracy. It abolishes crime, changes the world, and generally saves humanity from self-destruction. Which is nice. Could such a machine ever be a reality? Not if our current technology is anything to go by. The polygraph

has been around for almost a century, with wired-up offenders and twitching needles becoming a staple of criminal investigations. But there is no solid evidence

that the signs it looks for – faster heart rates, shallower breaths and moist skin – can accurately indicate whether someone is telling a lie. Underpinned by fluffy theory and backed by a weak and stagnant evidence base, this lie-detection device is unlikely to get any better. Inside the brain Abandoning the polygraph, some scientists have turned to brain scanners. Two technologies have dominated the field. The first uses electronic sensors on a person’s scalp to measure an electrical signal, or “brainwave”, called the P300

, which appears when we recognise something. By looking for this signal, you could potentially tell if someone is hiding knowledge about something they are already familiar with, like a murder weapon. This is certainly useful, but it is a long way from an all-purpose lie-detection method, and two of the key figures in the field have been arguing about how effective this is for many years

for the colourful pictures it produces. It shows the location of firing neurons in an indirect manner, by tracking the blood flow that supplies them with nutrients and oxygen. Several fMRI studies have shown that some parts of the brain are consistently more active when people tell untruths rather than truths, particularly areas at the very front that help us to suppress unwanted actions. Successful lying, it seems, is mainly about repressing the urge to be honest

. But there is no “centre for dishonesty” in the brain, as such. The areas illuminated in fMRI scans have many functions. They can even be more active when people tell the truth, especially if they are trying to decide whether to be honest or not. So, how accurate are the scans? In simple lab experiments, they can detect lies around 78 to 85% of the time. “We’re not that close to a perfect lie detector,” says Giorgio Ganis

from the University of Plymouth, who uses fMRI to study deception. “There’s also a 15-20% chance of an innocent person being wrongly determined to be a liar.” Tell me lies What is particularly troubling is that these limitations crop up in simplified and artificial conditions, like volunteers lying about a playing card they have been given. So we know very little about how fMRI would fare at detecting lies in more realistic settings – for example, not a single study has scanned people’s brains when they lie during conversations. There are also different types of lie. If you have been pulled over for speeding, you would need to come up with a tall tale spontaneously. If you were on trial for a crime, you would have more time to rehearse your story. Ganis found that these brands of lie produce different patterns of brain activity: rehearsed ones are accompanied by a weaker buzz in so-called action-repression areas, and a stronger one in memory centres. Lie detection also depends on a person’s memories, which are subjective and fallible. In 2008, Jesse Rissman

from Stanford University showed that fMRI scans can reveal if volunteers thought they had seen a face before, but not if they had actually done so. If people are convinced of their lies, or if they have simply forgotten crucial information, the scans will not pick that up. Finally, there are ways of fooling a brain scanner, just as there are countermeasures for other lie-detection techniques

. Ganis says, “I’ve done a study showing that you can play mental tricks with fMRI. You mentally associate the important events of your life to items that are shown during the test.” By bringing those events to mind at the right time, volunteers could bamboozle the scans, and slash their accuracy from 100% to just 33%.

“If you ever want to apply a technique like this in real cases, where people have motivation to beat the test, that’ll become an important issue,” says Ganis. Doubts and concerns FMRI scanners will undoubtedly improve

, but the problems of countermeasures and the subjectivity of memory, may be harder to solve. A report from the Royal Society on neuroscience and the law

said that these problems were “seemingly insuperable”. Ganis agrees: “If you want a general lie detector, that’s definitely science fiction right now.” That hasn’t stopped fMRI from being marketed as a tool for lie detection – two companies called Cephos and No Lie MRI currently offer such services, the latter under a tagline of “New truth verification technology”. Nor has it deterred brain scans from being presented in courtrooms, with varying success. In recent years, two US judges have

fMRI-based evidence, but a murder suspect in India was sentenced to life imprisonment

after brain scans supposedly revealed that she had knowledge about a crime that only the killer could have possessed. Possible misuse of this developing technology has raised ethical concerns about the future of brain-based lie detection. Daniel Langleben

from the University of Pennsylvania, who did much of the pioneering work in this field, recognises the limitations of the technique, but thinks that it could be improved to the point where it could be usefully applied in practical settings. But he worries that the current doubts will stifle the research necessary to improve the technology. “It would be nice if for every new review and commentary, and I include myself here, there was new data,” he says. “Every time you have a negative critical review, it has a chilling effect on people who want to do this research. As we speak, I’m sitting on a data set that I haven’t submitted because I just don’t have the energy to deal with [the reactions].” For now, we know there are broad differences between an honest brain and a dishonest one. To turn that knowledge into a practical test, “you need a lot of boring validation work,” says Langleben. “We need clinical trials, just as for every medical device or test.” Such trials would try to work out how accurate the scans are in more realistic settings, and how often they make errors. They would assess the effects of age, motivation, mental disorders, medication, countermeasures and more. They would likely cost tens of millions of dollars, and would need to include thousands of people – far more than the dozens who take part in typical fMRI lab studies. For now, a foolproof lie detector is a far-away goal, but it will be even more distant if no one can afford to do the necessary research. That, at least, is no lie.