Why You Should Care About Preparing the Planet for Disasters

In an increasingly connected world, focusing on the local hazards is only part of what we should be doing. 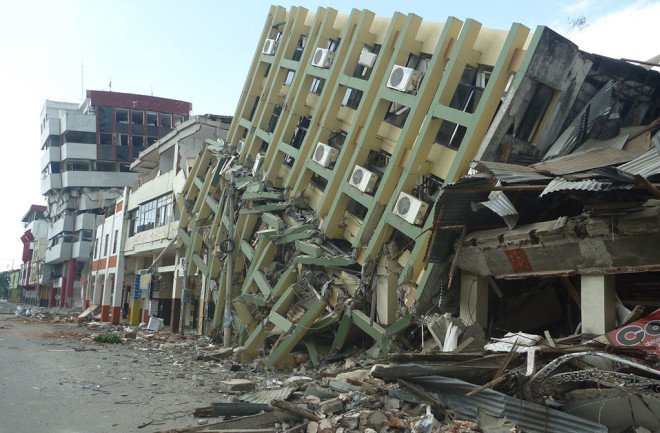 We hear about disasters almost instantly today. If there is a big earthquake or eruption or typhoon, we find out about it in near real-time, with journalists on the scene, government agencies posting information and social media (for better or worse) tweets and the like spreading images and videos rapidly.

Yet, with all that rapid dissemination of news, we still exist in a world where catastrophic events on the other side of the planet (or even the other side of the country) can seem detached from your own life. That's a perfectly normal human response because the perception is that is the local that will have the most impact on your existence. This may be true for many things, but in our increasingly interwoven world, it isn't that simple anymore.

The Timescale of Disaster

Just watching the news you can get a feel for the timescales of different disasters. Most related to weather -- tornadoes, hurricanes, droughts, floods -- happen each year, likely multiple times. If we extend this out to events like anthropogenic climate change, then we're looking at disasters that unfold on a years-to-centuries timescale. Take that even further to global Ice Age cycles, we're talking millennial timescales.

Geologic events like earthquakes and volcanic eruptions that are large enough to become disasters tend to happen on a years to centuries timescale. We do tend to see damaging earthquakes each year with truly disastrous ones on a decadal or half-decadal timescale. We can lump tsunamis in with this as well, although truly damaging tsunamis might occur every decade or few decades. Landslides happen on timescales that might be only weeks to months between damaging events.

Eruptions might be the same, but with volcanoes, we can also ponder very large eruptions that might happen globally every few centuries to every 10,000 years. We can even consider adding changes to the Earth's magnetic field on millennial or longer timescales to potential geologic hazards.

Impacts of large comets or asteroids, especially those that could have a disastrous result, appear to be on the timescale of thousands to millions of years. We have definitely had some significant impacts over the past 10,000 years, but not devastating. Other astronomical hazards like gamma ray bursts, solar outbursts, local supernova and more happen on timescales that we just haven't constrained but likely are in the hundreds of thousands-to-million year range.

How big of an area that a natural hazard can impact varies widely. You can think of the track of a damaging tornado across the landscape, where only a few hundred feet across are devastated, or a landslide taking out a row of houses at the bottom of a slope. Earthquakes and eruptions can completely destroy cities and areas covering hundreds of square miles. Hurricanes, typhoons and tsunamis might lay waste to large swaths of land along the coast of a continent (and all the islands off shore).

On the other end of the spectrum, a massive asteroid impact might create an impact winter that affects the entire planet. Same could apply to changes in the Earth's magnetic field or gamma ray bursts that would bathe the whole planet in radiation.

This vastly different range of length-scales -- local, regional, global -- might prompt people to say that living somewhere means you are "asking for it". Damaged by an earthquake when you live in Los Angeles? You knew it would happen. House washed away by a hurricane on Cape Hatteras? You should have seen it coming. This leaves many in places where disasters are less common to have a sense of "disaster superiority", leading to less empathy for those directly impacted.

Yet, if the COVID-19 pandemic (yet another type of disaster) has taught us anything, it is that events in far off areas will have an impact even on people not in the line of fire, so to speak. The dramatic shutdown of China's industrial production due to the pandemic rippled across the supply chains of the planet. When hurricanes strike the Gulf Coast in the United States, gasoline prices rise as that refining capability is impacted. The eruption of Eyjafjallajökull in 2010 wreaked havoc on air travel across much of the Northern Hemisphere even though the volcano was in the middle of the North Atlantic and far from populations.

We've developed a world where big disasters that are far away aren't as "far away" as they once were. The eruption of Tambora in 1815 may have caused the "year without a summer", leading to crop failures, disease and potentially revolution, but many people didn't hear about the eruption for months (or longer) afterwards. They would feel the results sooner than they'd know what caused them. Now, 200+ years since that eruption, imagine the impacts of such an event to a planet where crops in one region feed large parts of the population ... and how quickly we'd all hear about this dramatic event unfolding.

How We Think About Disaster

So, what do we do about it? Natural hazards like these aren't really event we can stop from happening. We're not going to "blow up" a hurricane with a nuclear weapon or drill to let pressure off a volcano. Maybe we can deflect an asteroid in the next century, but that is still in the realm of science fiction. If the hazard is large enough, the global impact is clear yet we're still behind in preparing for such event (see: COVID-19).

Yet, it is even the smaller, more frequent, more local events that need our attention. You might say that someone in Ohio shouldn't be concerned about disaster preparedness in California because the "Big One" that could wreck the Bay Area wouldn't be felt in the Midwest. Yet, knock out that part of the country for weeks or longer, you'd feel the economic impact quickly.

Or leaving low-lying countries to fend for themselves in the face of climate change -- rising sea-levels or bigger typhoons -- and see what happens. The rush of refugees from these areas can dramatically and permanently change areas ... leaving some people to resent these victims of natural hazards. The average citizen of Ohio won't ever need to worry about the Atlantic lapping up to their house, but many people who see their homes destroyed could move to there to escape the relentless seas.

What this boils down to is the need to build in resiliency for disasters on a local, regional and global scale. All the citizens of Earth, especially in countries with wealth, need to realise that disasters are not far-flung events anymore and that we need to prepare ourselves and those far away from these events. Continuing to act like only we can compartmentalise preparedness to what you have direct contact will lead us to more calamities like COVID-19 or much, much worse.